Who profits from Prophecies about World War Three? 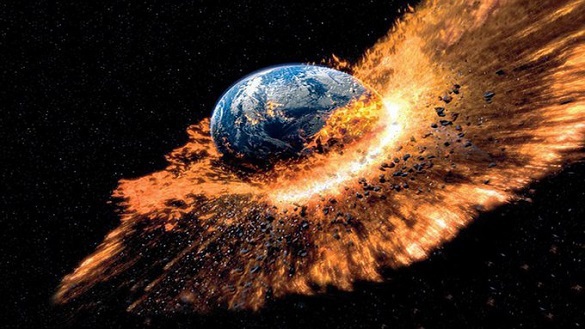 Prophecies from Benedictine monk Hepidannus about the beginning of the Third World War seem to be particularly interesting. "After September 27, 2017, World War Three will break out," the German YouTube channel QujoH says. The owners of this channel refer to prophecies from monk Hepidannus, who lived in around 1080 in the monastery of St. Gall.

The monk, who lived in the XI century, made his predictions on the basis of a certain positioning of the stars, which can be observed in the sky every 7,000 years. The next time when it happens will be on September 23, 2017.

The monk predicted Armageddon to come from the East. "A storm will come from the East, wind will be blowing in the West. Poor is he who will find himself in the terrible whirlpool. The millennial thrones of rulers will be overthrown."

The prophecy sounds more like a natural disaster, rather than a military cataclysm.

"On the fifth Sunday after Easter, in 1081, Bartholomew wrote:" Yesterday, after the Vigil, I was with Brother Hepidannus and we talked about the events that horrified the whole Christian world (the conflict between the Catholic Church and secular power in Medieval Europe known as "The Investiture Controversy" - Ed.). Then Hepidannus said to me: "Follow me to the monastery garden. I will tell you strange things about what I saw and heard!" When we opened a large iron gate and entered the garden, I saw towering mountains of Romanesque Switzerland before me in twilight."

This is an excerpt from Winfried Ellerhorst's book "Prophecies about Fates of Europe: Visions of Familiar Seers of the 12th Century," published in Munich in 1951. The book says that Hepidannus had predicted the Thirty Years' War, the French Revolution, the return of Napoleon I and his death.

The head of the scientific department of the library in the Abbey of St. Gall, Herr Karl Schmucky, admitted that he had heard something about the prediction of the monk. "Every three or four years we receive requests about alleged visions and prophecies made by the monk from the monastery of St. Gall, known for his Latinised name as Hepidannus or Hepidanus." However, according to Karl Schmucky,  there was no monk with this, or a similar name, in the monastery of St. Gall.

Moreover, the entire monastic fraternity does not know anything about manuscripts of his visions and prophecies. The Internet has never mentioned a specific source of their origin either. In a sense, these fictional prophecies are a prototype of modern-day "fake news."

With the help of mathematical analysis, one can find a myriad of coincidences in history. It is worth mentioning that propagandists of both the Third Reich and Britain used "Centuries" by Michel Nostradamus in their own selfish interests too.