Fame and the African American man 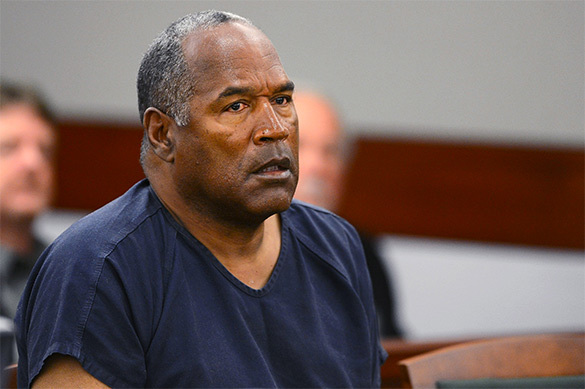 From the days of slavery to the time of segregation in the South to more recently, events involving police brutality, African Americans have always been an oppressed minority in the United States.

It was therefore a welcome relief for them when a man came along, who showed them that they could succeed in white America regardless of their skin tone. That person was OJ Simpson, an American Football player turned actor turned all round celebrity. OJ transcended race and was the "go to guy" for marketing products from cars to soft drinks. Unfortunately, Mr. Simpson was not as successful in his romantic life, ultimately being charged for the murder of his second wife Nicole Brown Simpson and Ron Goldman. Although OJ was acquitted of both murders at trial, he was subsequently arrested in 2007 for armed robbery and kidnapping, and then sentenced to 33 years imprisonment in 2008.

OJ Simpson's reversal of fortune mirrors that of Bill Cosby, a 79 year old veteran actor, most widely known for his hit TV series "The Cosby Show" in the 1980s. Again, white American society feted Cosby. He was affectionately called "America's Dad" for his portrayal of Dr. Cliff Huxtable, the lovable head of an upper middle-class African American family, living in New York. Cosby was also given a star on the prestigious Hollywood Walk Of Fame. As with OJ Simpson though, Cosby had trouble in his relationships with women and has been accused by multiple women of drug facilitated sexual assault, spanning decades. Cosby is currently on trial for indecent sexual assault of a woman and faces living his final years in prison if convicted.

The message from these tragic stories seems to be that celebrity is a fickle thing. You are everybody's hero one minute and then a villain the next. Like most things in life, celebrity can be abused. While fame gives people enormous privileges, it often gives those who have it, the feeling that they are untouchable. Some famous people believe that they can do anything and escape liability for their actions. Of course, those, who think this way, normally get their comeuppance; but at what cost to those they have wronged?

In an African American context, it is however understandable for those black Americans, who are thrust into the public spotlight and receive acclaim, to be unsure as to how to handle the power that this recognition gives them. After all, when you have been downtrodden for so long, it is only natural for you to perhaps not fully rationalise the influence that popularity gives you. This does not excuse improper conduct, but should be borne in mind before we rush to judgment.

Further, we must also reflect on white America's possible role in bringing down African American heroes. Is American society somehow complicit in black Americans' falls from grace by giving these people too much "of a good thing" in the knowledge that they will not be able to handle their fame? More than this, is white American society trying to send a message to African Americans that they should know "their station in life"? If this assessment that black lives matter less than white ones, that is surely every bit as bad as the slavery in America in the 18th and 19th Centuries.

OJ Simpson is up for parole this year and could be released from prison as early as this October. Is it not ironic that just as one African American icon receives possible redemption, another may go the opposite way? Bill Cosby's trial is scheduled to last 2 weeks, having started on 5 June. Is this timing a twist of fate or America's way of reminding black Americans who is boss?