Democracy: Rotten product for coercive export that no one wants

International scientific conference "Export of Democracy and Network Technologies in the Modern Social and Political Process" was held in Moscow on Thursday, May 18. 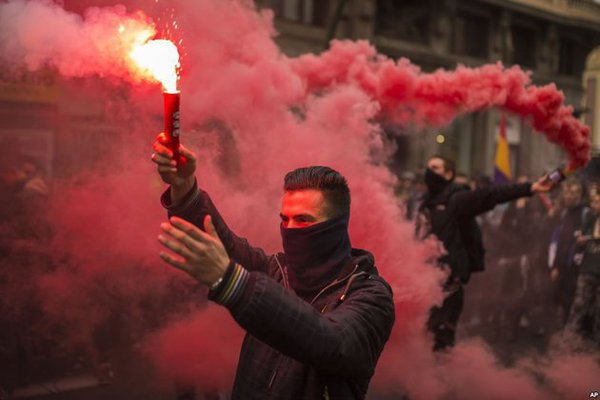 The participants of the conference discussed problems of spreading "colour revolutions," mobilisation of opportunities of social networks and electronic media. Other topical issues of "export of democracy" were discussed within the framework of modern methods and technologies of social communication that have become realities of the 21st century.

In the opinion from Director General of the Centre for Political Information Alexei Mukhin, modern-day democracy has evolved into an "export product" that some countries try to "sell" to others while deciding for themselves whether this or that country meets democratic norms or not.

"This product has depreciated and even gone bad a little bit. People do not trust those who sell democracy anymore," the expert said. In his opinion, one can introduce the notion of a "humanitarian operation" as a way to force feuding parties to peace and provide necessary facilities for territories during hostilities and afterwards. As an example, he cited the activities of the Russian Defence Ministry in Syria.

"There are hostilities and bombings in Syria, but at the same time, they are building a political system and infrastructure in the region for civilians to ease their existence in the area of hostilities," the expert said, Vzglyad reports.

In addition, Mukhin said, it is possible to introduce the concept of "export of security and sovereignty." "No geopolitical player in the world, except Russia, offers such services in the world today. Russia guarantees Syria its sovereignty. The US was supposed to do this, but the Americans have been abusing their position of the world's leading state for decades, since the 1990s, undermining the sovereignty of a number of countries, such as Iraq, Libya and so on," the political scientist said.

According to international journalist Yevgeny Primakov, non-profit organisations involved in humanitarian projects have played an important role in the so-called "Arab Spring."

"These are groups and organisations that have been dealing with such issues as rights of the Copts, protection of women's rights, projects to improve urban environment, educational projects," said the expert. This kind of activity evoked sympathy on the part of the local population. Yevgeny Primakov said that since the beginning of the events in Egypt in January 2011, the US has spent about $40-45 million on local unregistered NGOs that were working in the form of groups. At the same time, the United States fell into the trap by supporting all sorts of ultra-right and ultra-conservative organisations that have been viewed since the Cold War as a counterweight to leftist political forces. As a result, those organisations were prepared best to seize control of the street.