$400K for Clintons' protege Obama: Affair of the year?

Former US President Barack Obama will address the conference of financial company Cantor Fitzgerald. It was said that Obama's fee for the speech, which he is expected to deliver in September 2017 is to make up $400,000. 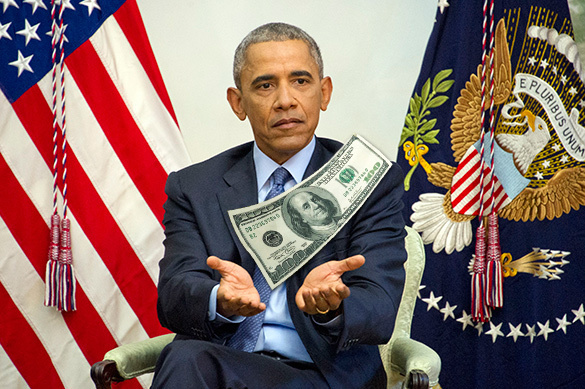 Obama has thus outstripped former US Secretary of State Hillary Clinton, who in the past was paid the largest-ever fee for a public speech.

Former US President Bill Clinton would be paid up to $200,000 dollars for his public appearances after resignation, whereas George W. Bush - 175,000 dollars.

Forty-fourth US President Barack Obama made his first post-office public appearance on April 24. "I'm always optimistic when things look like they're sometimes not going the way I want," he said.

"Obama has broken Clinton's record on the amount of the fee for his speech. Do you think that these enormous amounts for lectures from former leaders could be bribes or a form of money-laundering?"

"I think that this could be a form to cash money. It does not make sense to bribe Obama. He is not going to return to big politics. Asking Obama's opinion on certain issues in the form of lectures does not make any sense either. After all, Obama can hardly teach anyone real politics. Most likely, such a large fee will be awarded to him with a view to cash some money for someone else.

"There is very strict fiscal control in the American financial system, and it is not easy to withdraw money for no particular reason. There are offshore companies that can do this, but this is very risky. Yet, it is possible to pay a fee for a lecture to a former US president, given that he is going to subsequently return 3/4 of the fee that he will need to cash and tax.

"There could be a certain propagandistic effect here too. If Obama starts traveling from one city to another, this could also mean that he was a genius president. The fee worth $400,000 is unprecedented! If you recall the typical size of General Flynn's fee for speaking at very large summits, he would normally receive not more than $30,000-50,000. This is a normal fee for a high-ranking official. Four hundred thousands dollars for Obama is a thing beyond limits."

"Are you sure Obama will never return to big politics? Why?"

"Yes, I am sure. Barack Obama is not an independent figure. He is a protege of the Clintons. He is, in fact, an artificial project, grown in an incubator. They made him president to solve questions in the interests of the Clintons clan, the interests of the Democratic Party were secondary. They needed a switchman, and Barack Obama had become one. Now, when Trump takes office as president, extras are not needed anymore. If there is a new round of political struggle coming, they will hire new people." 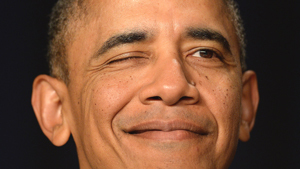