Gnosticism: Knowing from the inside

Gnosticism is the Greek word for knowledge, or understanding. Not outward (cognitive) knowledge, but a 'knowing from within.' In that sense, Gnosticism is as old as mankind. From the time of his conception, mankind has been carrying this intuitive knowledge within himself. However, over the centuries, he has increasingly lost awareness of his inner knowing.

The idea of gnostic is not limited to a movement within Christianity of the first centuries, although it is most commonly associated with it. That is because as early as the second century, church fathers (early Christian theologians) considered Gnosticism heretical doctrine, and rallied against it. In other religions, such as Judaism, the pluralistic nature of Gnosticism was better understood, and never explicitly contested. 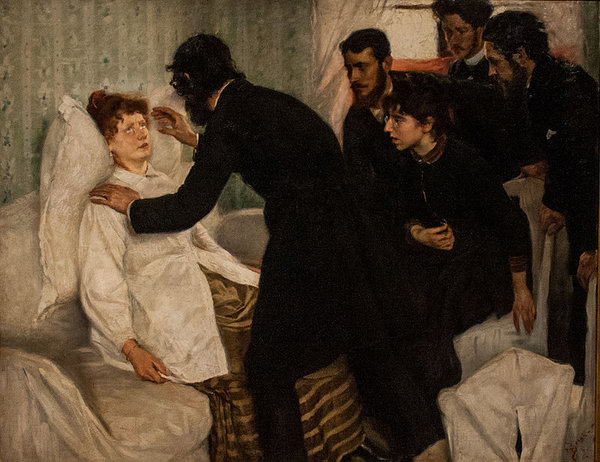 Negative comments from the Church Fathers

Until recently, most of what we knew about the Christian variant of Gnosticism came from negative comments written by the Church Fathers. This limited familiarity changed drastically when in 1945 a clay jar was discovered in the Egyptian city of Nag Hammadi, containing over fifty written documents by the early Gnostics. We now had writings of the Gnostics themselves!

The importance of these writings is gradually beginning to penetrate Western science, especially theology. Apart from researchers with an open mind, however, there are still many who make every effort to downplay the value of these texts. That is understandable, because it requires a totally different way of thinking and awareness than what these theologians were raised with.

Origin of the soul core

Through knowledge of their own soul-core, man gains gnosis of the origin of the soul core, of pneuma (Spirit). Many see gnosis as a better word than God, because that concept has already undergone so much defilement of human (read: male) projected thinking. In the Gospel of Philip, a text from the Nag Hammadi jar, we read:

God created man
and people created themselves a god.
So it goes in the world:
people create themselves gods
and worship their creations.
Truly! (So) the gods
the people must worship!

The Christian Church declared God a person, as substantially different from man. In doing so, they put God out of man. A regrettable loss.

By contrast, New Age emphasizes the immanent God. Every human has a divine core. The man himself is deeply God. But the immanence of God without a connection to the transcendence leads to a fatal demarcation of God, to no more than one's own consciousness at that time.

Spirit (or God) is the all-encompassing. It is the mind (Greek: nous) of the Spirit that the man Jesus revealed at his baptism in the Jordan. When he became Christos (Greek anointed - of Light), the divine Logos (the comprehensive understanding, comprehension, usually translated as: Word) manifested itself in a man of flesh and blood. The man Jesus brought Christ (the consciousness of Spirit) into the fabric.

The Christian church has Jesus and Christ merged as a person with God and later with Holy Spirit. Jesus has been far-theological?. Christ has been placed outside humanity, disconnecting man from God.

The discovery of the Christ-being in one's own heart is the immediate access to the Kingdom. A kingdom which, according to Jesus in the Gospel of Thomas (also from the Nag Hammadi jar), is 'spread over the earth but man does not see it.' The Church has expelled the kingdom to a distant place (another heaven) and a distant time (Judgement Day).

Gnosis establishes a link between the transcendence and the immanence of God, Christ and the Kingdom.

God, creation and man are on in an inseparable whole.
Everything is permeated by Spirit. In the Gospel of Thomas we read:

Jesus said:
I am the light which is above all.
I'm ALL.
As ALL it emerged from me and
ALL came to me.
Divide a piece of wood and I am there,
lift up a stone and you will find me there.

Gnosis is the experience of Jesus as the driving force that shows man the way to the birth of Christ in one's own heart - in the Gospel of Philip, we read that man is then no longer a Christian, but unto Christ come. Christ-force is by no means universal, nor is goodness only reserved to (so-called) Christians. Other cultures give a different name to this force. However, the substantial experience is the same. It is the experience of rebirth, of resurrection, of transformation and redemption.

The way to do this is through self-knowledge. Self-knowledge offers the possibility to love the other. Truly knowing one's self is to know, understand and therefore love thy neighbor, a concept still hidden in ecclesiastical Christianity. Fathers as Clement of Alexandria and Tertullian still knew the words of Jesus:

A statement that is kept out of the New Testament gospels.
The church preaches compassion, but is also extremely afraid of self-love. Therefore, the charity continues stab in charity (the well-doing on the other).  Charity in this way has not brought the Kingdom in two thousand years, let alone world peace.

A real opportunity to do so is present only when man becomes able to resurrect Christ into one's own heart. Only then can Christ be experienced in our fellow man.

When that happens, we will have world peace.