Markus Schulz: 'I am delighted to be coming back to Russia' 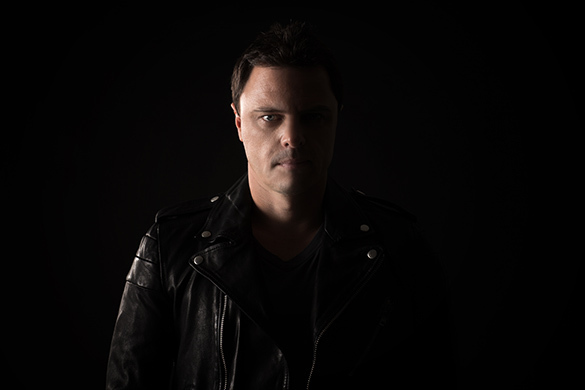 For Russian music fans, Markus Schulz is a special artist. He is not just a charismatic person, who never runs out of energy. He is also a huge talent and a long-time friend. We were lucky to be the first to invite Markus Schulz to Russia and have an interview with a genius of modern electronic music.

"Markus, first of all, I would like to congratulate you with a new album! It's the sixth studio album and it's really impressive. I would like to ask you a question from the past. What did you want to bring to the world of music making your first steps in this direction? What contribution to the music did you want to do personally from yourself?"

"Many of your readers that will have followed my career throughout, like yourself, will know that I experienced a difficult childhood growing up in Germany, being an "army brat" and moving around various bases every couple of years, meaning that establishing any sort of friendships was impossible. And immigrating to the United States aged 13, without knowing a word of English; the culture shock of dealing with that. And eventually leaving home at 17 and initially spending my early time in Arizona homeless, sleeping in the back of my car at night.

"So all of those dark experiences contributed towards the first artist album, Without You Near; which was very heavy and carried a lot of emotional baggage. Almost everyone's first artist album is like that, because it documents all of their struggles and hardships while trying to find your foot in the industry.

"However, when you are blessed and privileged with being able to do your dream job for a living, and provide for your family with this living, your general outlook on life brightens, and the music you create reflects that.

"Going in to Watch the World, undertaking the challenge of a sixth artist album, combined with the current lay of the land in our industry I felt that it needed to contain important messages that our community abides by. And this was projected into the world of songwriting.

"Throughout my journey, my main goal has simply been to inspire people. The most gratifying aspect of this job is receiving messages from fans who say that attending my gigs was such a hugely enjoyable, and on occasions, life-changing experience - people who are suffering and say that my albums or Global DJ Broadcast is helping them heal and survive through dark times - all of that means so much to me.

"Can you describe the process of collaborating with other artists, and are there any out there that you wish you could work with for the first time?"

"Collaborations are a lot of fun, because I feel you can always learn from the ideas and techniques of others. Back in the day, a collaboration only came about if you and the other person were physically sitting beside each other in the studio. But now, thanks to technological advances and the quality of production software, it almost always occurs online - trading stems back and forth.

"I do encourage people to undertake collaborations because of how it broadens the mind. For the City Series Collection project, which involved creating a brand new instrumental each calendar month of 2015 and dedicating it to a particular municipal, I worked with Coldharbour artists Nifra and Fisherman & Hawkins on the final two entries. And it was inspiring to feel their passion in the music, as well as sharing ideas of my own that they can utilise in their future solo work.

"Thanks to the New World Punx project, I am so fortunate to have been able to spend copious hours with Ferry Corsten, who I regard as the greatest producer of our generation. There are so many occasions where I have said to him that I wish I could pick a part of his brain and transplant it into my own!

"As for names I would love to work with in the future... I am a huge admirer of Eric Prydz's work for many, many years, and on a grand scale, perhaps should be receiving more credit than he deserves. I have to mention BT also, with his new artist album just coming out in the past couple of days. I've been listening to it excessively and as always with his work, it's very forward thinking."

"Are there any Russian musicians who draw your attention?"

"Of course, and the obvious answer for this is Bobina - who has been flying the flag for Russian on the worldwide dance music map for many years. I think his Speed Breaker album released a few months ago was excellent. He is very fun company when meeting at the various festivals around the globe also. His tracks Sierra and iBelieve have been regular features in my sets since the summer.

"And there is a lot of upcoming talent that is continuing to grow and gather attention. Names such as Sergey Sherbanov - particularly his work under his Crystal Design alias - has impressed me highly, and I now consider him as a reliable go-to source for producing memorable music for DJ sets and mix compilations."

"Who is your main critic for your work?"

"I am my own biggest critic, and perhaps am guilty of over-analysing things after something has been completed. For example, when working on the Global DJ Broadcast radio show each week, I try to listen to it while it's airing on the radio, and I always put it on the iPod and listen to deeply while travelling; so I can analyse the quality of the flow, the transitions, the track choices and whether I can feel that the overall journey is something that will resonate with the fans.

"With the productions, I always send my daily increments to my core team, and value their feedback. They have been by my side for a very long time, and I know that I will always have a few honest voices when I need that feedback in the early stages of creating a track.

And of course you have to listen to your fans. The ultimate goal is to have your fans on the same frequency as you. If that's happening, then you are doing something right."

"You are coming to Russia on the weekend of November 18 and 19, playing Moscow and St. Petersburg. What do you have in store for us? How you can appreciate our audience?"

"Yes, I am delighted to be coming back to Russia, because it has been quite a while since I have had the chance to play at the clubs in the country. The fans have always treated me very well, and my hope is that after a little gap between visiting, that their passion remains as strong as ever.

"I am dedicating the final Global DJ Broadcast World Tour show of the year to this Russian weekend, and will be recording both gigs in Russia and St. Petersburg. So the fans who are coming along, I hope they bring their passion and their voice. If we create something magical, then it will open the door to finally do open to close solo sets in the country further down the line."