Not that long ago, numerous reports were made about the case of Russian citizen Svetlana Zakharova, who was arrested in the United States for the supposed extortion of money from former New York Governor Elliot Spitzer. Zakharova can be released on $1 million bail, and the woman faces up to seven years in prison. Is the case related to the ongoing confrontation between the USA and Russia? 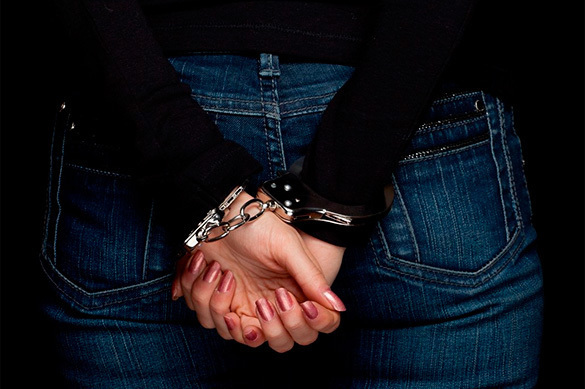 The scandal erupted in February of the current year. Svetlana Zakharova, known in the United States as Svetlana Travis, accused the former governor of New York of rape. According to the woman, the governor attacked her when they were staying at Plaza Hotel. However, Elliot Spitzer's defense denied the accusations, and Svetlana subsequently returned to Russia. The story returned to newspapers on 11 October when Zakharova-Travis was arrested at an airport of New York upon her return to the United states.

Judging by publications in US media, Svetlana Zakharova could not be referred to as a woman of good morals. Her activities are associated with prostitution and escort services. However, it should be noted that the woman faces not only extortion charges. Zakharova was also charged with fraudulent activities to make forged rental documents, for which she was supposed to receive $18,000.

In general, it appears that the Russian woman either follows criminal tendencies in her life or Spitzer's lawyers have done a very good job to stain the Russian woman's image and reputation to thus rehabilitate their client.

"The story has made us think about the degree, to which Russian citizens are protected abroad,' journalist and producer at Russian Hour media company, Alexander Korobko, told Pravda.Ru.

"Unfortunately, our country-fellows make headlines both inside and outside Russia when something negative comes up. It may relate to such subjects as arms trafficking, prostitution or something else. At the same time, there are hundreds and thousands of Russians who live in all parts of the world, but feel very well in the environment of those countries.

"A woman accused of extortion, with a dubious past, becomes a much talked-about person and makes numerous news stories. Yet, journalists seem to ignore real problems of thousands of decent and hard-working Russian women in the Baltic States, for example, where they are treated like second-class citizens. I believe that this media imbalance should be corrected," the expert told Pravda.Ru.

The story of Svetlana Zakharova Travis needs yet to be investigated into, and one does not need to hurry to either condemn or whitewash her.

There are questions about Svetlana's "Russian-ness," who, while living in the US, could adopt psychological problems of the Western society.

Alexander Korobko continued: "The subject of rape is a typical American story and a very common American phenomenon of borderline psychic state. It goes without saying that rape is a grave crime and the ones who commit acts of rape should be punished accordingly. When I worked in the US, I was surprised to see many people talking about incidents of rape periodically. A girl, a member of American Express, told me once in a very casual manner that she had been raped by her therapist. I was horrified to hear that, and I told her that I as hoping the rapist was in jail. She did not expand on the subject. A US psychiatrist told me some time later that "victimization", a predisposition to becoming a victim of crime was a commonplace phenomenon in the country."

Svetlana remains in custody, and the scandal associated with senior politicians and big money will obviously be served with anti-Russian seasoning to discredit the image of Russians living abroad.

"A large number of homely people, such as, perhaps, this woman Svetlana, who came to the USA from Chelyabinsk, find themselves in a very psychologically unstable and emotionally dangerous environment. A strong person can go through it by looking at things with humor, through the prism of Russian cultural protection. Yet, a girl from Chelyabinsk, for example, can lose it easily. Generally, the whole story appears a commonplace one, but they still prefer to emphasize Russian accents in it. The word 'Russian' is a tag, it is a flagged word in Western media today.

"When you look at the photos of Zakharova-Travis and the former governor, you may have associations with the image of "beauty and the beast." This is one of the central images in the American pop culture, but the beauty is Russian. It appears that they can not do without Russians even in myths, and this is just a continuation of the grand anti-Russian hysteria."