You have to travel back 50 years to appreciate this gem. You have to visit China to know its origins. The year was 1975. In Hong Kong some ex-patriotic Brits longing for some nostalgic enterprise promoted the first ever overseas Rugby Sevens Tournament. The launch was a huge success. The Sevens format has blossomed ever since in the former British colonial city. From there Rugby Sevens has branched out to major cities all over the world. It is now a professional league. 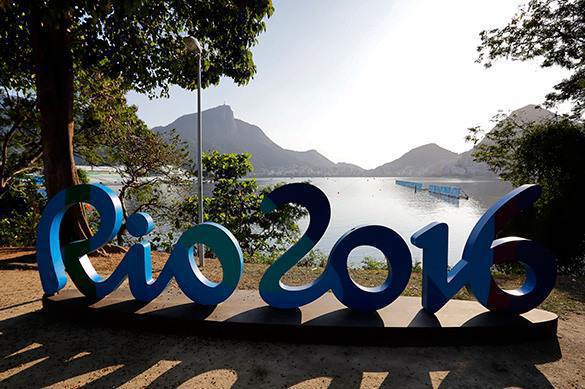 There is more to this story; much more. One of the few invitees to the inaugural event was a small nation. Fiji, like its Pacific Islander kin, Samoa and Tonga, revels in the sport. Rugby union is more than a national pastime. Some say the 'the hooligans game played by gentlemen' is the Fijians' religion. That descriptor does not even come close to capturing the nation's essence and devotion to rugby. If you have been there and saw the Fijians engaged in a tight scrum up front and personal you would know the truth: they are a rugby nation. The game is their pursuit of excellence; and it shows.

Fiji is the Rugby Sevens Champion

Fiji is the reigning Rugby Sevens champion. They are repeat champions having won the tournament twice consecutively; and they were winners many times before that. When the Olympic Committee announced that 'Sevens' would be introduced as a trial sport, rugby aficionados cheered around the world. Nowhere was the news more welcome than in Fiji. At last, the islanders had a chance to showcase their sporting prowess; maybe even win a medal as a matter of course.

To medal was a tall order. The competition was stiff. Traditional powerhouses like New Zealand, Australia, Great Britain, France and South Africa were all in attendance. Argentina, an up and coming force was also there. So were the swift and sure footed Japanese. Anyone of the aforementioned squads could prove to be an obstacle. A loss to one of the group even in the preliminary stages could upset the Fijian master plan. Their climb to the medal podium would get steeper.

That was not the case in Rio though. Throughout the stages from inception to the final, Fiji manhandled all opposition; and they did so with ease. Not once did the Sevens maestros even get a scare en route. Japan who faced the Fijians in one semi-final saw their storied tournament rise crash to pieces. Earlier the Japanese shocked the mighty and favored Kiwis in their group with a win. Their margin of victory was slim. Against Fiji, the Japanese looked more than diminutive vis-à-vis the giants from Fiji. In the end, the game Japanese fell on their swords; but only after they were crushed on the rugby pitch.

That left only one more match to ascend the pinnacle. Great Britain, fresh from their victory over South Africa in the other semi-final could prove to be the Fijians tournament spoiler in the final. The Brits proved to be anything but a worthy match for the marauding Fijians. The score, 43 - 7, though high still understated the Fijians total field domination. Whenever a Brit ventured into Fijian territory with the ball he was met with fierce resistance. The tackler's intent was not to stop the carrier. No, not at all. In Fijian rugby annals, you drive your opponent back 10 meters; then pounce after he coughs it up between his ears. All he can do then is watch you sprint the length of the pitch for another try.

That is the way it happened in Brazil. At the closing whistle, the once heralded and favored Brits limped off both bruised and bewildered. Not surprising. When your opponent's average weight is 17 stone of rock hard muscle and they all sprint 100 meters in 11 seconds, even scoring a single try would be seen as a success; and that is all the Brits managed: one lone try.

The Fijian Cinderella story does not end there. As reigning Olympic Sevens champions, the Fijians finally achieved a milestone. The win marked the first time ever that the tiny nation medaled; and its color happened to be gold. On the podium, each Fijian bowed then took a knee. The victors remained humble while Britain's representative at the summer games, Princess Anne, bestowed them with their prized possession.

Sometimes 'little does beat big' really good. That is something special for us all to savor, especially when we see 'little' comports themselves with a grace and dignity that 'big' most times feigns.