Genetically modified food: Dinner on the island of Dr. Moreau

The technology of creating genetically modified organisms has been conquering the world for years. it is believed that the technology can not only increase production, but also create a new type of human being invulnerable to diseases. Pravda.Ru talked about GMOs in an interview with chief of Biologically Safe System at the National Association for Genetic Security (NAGS), Candidate of Medical Sciences, Konstantin Kramarenko. 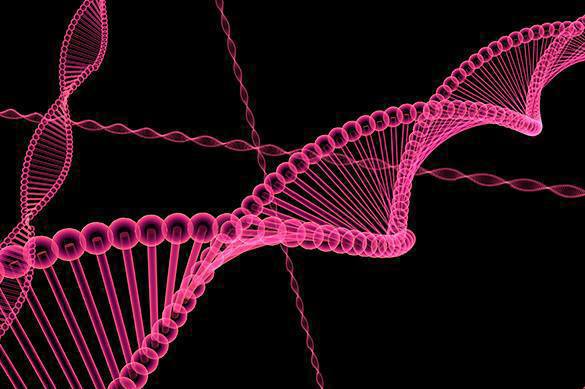 "Let's cut straight to the chase. Is GM food dangerous?"

"Despite the fact that we all have been consuming GM food for more than 20 years, there is no final verdict about either their danger or harmlessness. There are two types of scientific papers at this point. The first ones shows that GM food is harmless, but there is one significant detail about it - all of such scientific works were directly or indirectly organized, financed and controlled by GMO producers themselves. Accordingly, there is a big question about their reliability and honesty. Independent scientists conducted their own research and discovered that the consumption of GM food gives allergic reactions, causes degeneration of internal organs and systems, leads to the development of cancer and infertility. In particular, an experiment that the NAGS conducted on hamsters showed that a group of GM-fed rodents subsequently suffered from infertility. We did not get a third generation of those hamsters.

"GMOs work like a delayed-action mechanism. We could see disturbances in internal organs and systems, as well as reproductive disorders only in the second generation. As long as we do not have a second generation of people who consume mostly GM food, we cannot give any definitive answer about the safety of GM food. Therefore, as long as the safety of new and already commercially sold technology has not been proven, we must approach this issue with caution. The NAGS announced the launch of the project called "GMO Factor." This is the largest independent study about the effects that genetically modified organisms produce on human health. This experiment will give us an opportunity to say whether GM food is dangerous or not. The budget for the research will require 25 million dollars, and we are in the process of fundraising now. Yet, the experiment will finally settle the conflict that has been going on for 20 years between the adversaries and supporters of genetically modified technologies.

"As for food, the risk to come across GMOs is the highest for soy and corn. All of the soy in the USA is already genetically modified. The scale of genetic modification of soybeans says that more than 80 percent of soybeans in the world are genetically modified. As for corn, the figures are lower, but it is also a very risky culture. There risk group also includes cotton, sugar beets, and several varieties of rice."

"Is there a device or a technique to detect the content of GMOs in food?"

"At the moment, this is quite a long and costly research that only well-equipped labs can afford. When a company registers a new GMO culture, the company is supposed to provide the introduced genetic sequence to the world databank. Afterwards, a laboratory compares the original with the genetically modified plant. Clearly, companies may not wish to share their information with everyone else, and they do may want to conceal their data."

"There are scary stories about horizontal movement of genes and insertion of genes from one species into another. Is it true?"

"The horizontal gene transfer is commonplace among bacteria, but this phenomenon cannot be found among higher animals. Textbooks on biology say that the food that we eat splits to the level of monomers under the influence of enzymes and gastric juice.

"It was proved as a result of scientific studies that gene inserts in the blood, lymph nodes, organs and tissues of animals are preserved as a result of the consumption of genetically modified food. Accordingly, inserted genes get absorbed, and we do not know why it happens."

"There was a time when it was said that DDT (dichlorordiphenyltrichloroethane) was absolutely  safe. I remember the black-and-white footage, where women and children in swimsuits would be sprinkled with DDT. So what? DDT has been banned now for 40 years after its toxic qualities were proved. It accumulates in human tissues, in water and soil and so on. Yet, we were told that it was safe. One may also remember the phenomenon of thalidomide babies, when two companies introduced a sedative for pregnant women before the drug had been tested. As a result, more than ten thousand babies in Europe were born limbless. They lacked arms, legs, ears and so on.

"We have seen more than one tragedy. In order to avoid such terrible mistakes, one must conduct all necessary tests in advance, before bringing new products to the market. Unfortunately, we have been consuming genetically modified products for 20 years already, but we still do not know whether they are safe for us or not."

"Is it possible that we will pass the point of no return when the danger of GM food is finally revealed?"

"Exactly. Moreover, one may already witness the process of cross-pollination between genetically modified and original, natural plants. The pollen can be carried by the wind for more than five kilometers, whereas bees carry it for 11-13 kilometers. The field, on which GM plants were growing, can not be used for growing non-modified cultures. One needs to scorch such a field entirely at first, to grow organic plants there."