In July of this year, social media hold a flashmob under the hashtag #yaNeBoyusSkazat (#NotAfraidToTell) among users from Russia and Ukraine. As part of the flashmob, people can openly tell their stories of cases of sexual, physical or phycological violence. 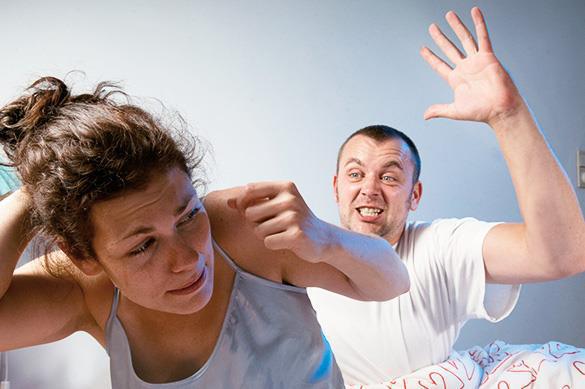 How serious is the subject of violence in today's society? Pravda.Ru asked an expert opinion from  psychoanalytic psychotherapist Dmitri Astaulov.

Dmitry Astaulov told Pravda.Ru that even Dr. Freud, when he was working with female patients, was horrified to discover that almost every woman had been a victim of sexual violence. "Freud was thinking about it as he was diagnosing women with "conversion hysteria." Later, he came to realize that in fact, those memories of violence were reality, albeit intrapsychic reality. In other words, memories of sexual violence appeared as a protective psychic device. Those events were real only for those women, but they did not actually happen.

"It goes about an infantile sexual taboo, which girls may experience towards, for example, their fathers, at the tender age from approximately 3.5 to 5 years. Dr. Freud discovered infantile sexuality and called it the Oedipus complex."

Today, according to Dmitry Astaulov, the problem of sexual violence is relevant if one considers men as rapists. When women talk about their problems out loud, they feel better. When they talk about it, they live through their story again, but not alone - they go through it all over again with the person, who listens to their story.

"It is very difficult to experience this alone, and people try to reach other people, including via the Internet, to evoke other people's compassion. Human psyche can not live through such things. A person fells like dying. A victim of sexual violence told me that she felt as if she died during that moment," Dmitry Astaulov told Pravda.Ru.

Sometimes, a woman may subconsciously perceive herself as a victim, thus activating masochistic mechanisms of her psyche. Such women may somehow find a rapist, who is looking for a victim.

It is highly important for a woman to see a typical rapist in a crowd of people, so to speak, to avoid violence.

According to the expert, a typical rapist remains in an altered state of consciousness, and it can be seen in his eyes. If a woman talks to such a man and feels instinctively that there is something wrong, she needs to run away not to succumb to hypnosis, because a person prone to sexual violence can also catch his victim psychologically by throwing a mental lasso on another person. Many people are probably familiar with the phenomenon known as Stockholm Syndrome when a victim begins to obey the rapist and even feel compassion to him.

According to UN estimates, more than a third of all women in the world - up to 35% - were subjected to violence and harassment. Hundreds of women have shared their stories in social media so far.

Below you can read a few typical ones.

"I was 15, when a guy asked me out for a date. I was so thrilled, because I have never thought of myself as a beautiful girl, and I would be bullied at school for my looks. And then a guy asked me out for a date! I said yes, I knew the guy well (I lived in a small town, where everyone knew everyone). At first, we were just walking, and then he often to go up to a roof. I called my mother and told her that I was going to be late a little. On the roof, he started touching me. When he tried to kiss me, I told him that I had to go home, but he didn't stop. He hit me in the stomach. Of course, I doubled over, he turned me round, pressed me against the wall and pulled my pants down. I was a virgin, I was being him to let me go. He would just sneer. He didn't cum - he heard someone coming up the roof. There was a beautiful view from that roof, and people would often go up there to enjoy it. When he was zipping up his pants, he spat and me and told me that my hole was bigger than that of a slut from a gas station. Nowadays, this complex stops me from developing normal relations with a man I love."

"When I was young, I was afraid of my step-father most. I was 14. My mother was madly in love with him, so he could afford everything. After two concussions in Afghanistan, he could display aggression spontaneously. One day he came home dead drunk and started arguing with my mom. He was swearing at her, and she was crying. I was so sorry for her. I took a glass, filled it with ice cold water and splashed it out into his face. When he looked at me the next moment, I realized that I had to run. I ran out of the house and he ran after me. Of course, no one showed interest in my screams for help in a small town in the Krasnodar region. When he caught me, he knocked me down on the ground, grabbed me by the hair and dragged me on the ground towards the house. I had something like a seizure the moment when he was dragging me by the hair. I couldn't breathe, I fainted a few times. I saw a few cars passing by, but none of them stopped. No one was there to protect me. I wanted to kill myself that night. A few months later I packed my stuff and went to Moscow, to my grandparents. They gave me everything and even more. Many years have passed since that day. There were many men who were harassing me, three guys in the metro at night, from whom I was running away, and even a cab driver with a gun. Yet, there is nothing more terrible than a child, whom no one can protect."

"I would often come across exhibitionists from age 8 to 13. In total, I've had seven of such encounters, when I was coming back home from school, on the way to school on a dark winter mornign, at Sheremetyevo airport, in a store, in a suburban train, in a park. I even got used to this experience in a way.

"When I was ten, a tall and fat 14-year-old son of my teacher named Valery pressed me against the wall, pulled up my skirt and tried to take my underwear off. I escaped. Hate this name since then - Valera.

"When I was 13, our 60-year-old teacher started harassing me. He would arrange situations, in which we would remain alone together. He would put his hands all over me and it would happen every week. I was scared to do anything because I was convinced that adults were always right.

"In another episode, I came across a big man near a kiosk. He touched my breasts and said: "You're so small and probably so cosy."

"There were plenty of other stories. Men pressing their junk against my hips and butt in the metro during rush hours, strangers slapping me on the butt in the street and then whistling and laughing, whistles from guys when I go out jogging, a taxi cab driver, who took me home and said announced: "Now I am going to molest you", phrases like "Pretty lady, your dog is trying to lick me, would you like to lick me instead?" and so on and so forth.

"As I am writing this, I am concerned that other people will judge me for being guilty of all that has happened to me. I am grateful to this flashmob, because here people tell their stories about violence as stories about crimes, rather than something that happens to women naturally just because they are women."