Who was greater: Yuri Gagarin or Neil Armstrong?

History has long been a reason for ideological battles. Does it make any sense to argue who was greater - Yuri Gagarin or Neil Armstrong, Dostoevsky or Faulkner? Is there any need to tackle the question of who won WWII? Pravda.Ru editor-in-chief Inna Novikova discussed these issues in a conversation with journalist Maxim Shevchenko. 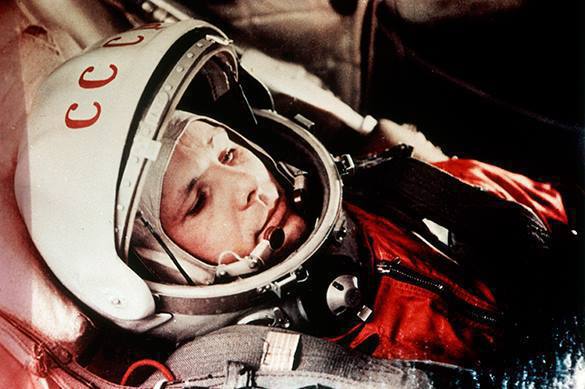 "I do not believe that achievements in the field of space exploration may serve as a subject for competition. Nowadays, we can see that universal human achievements are being converted into some sort of CSKA-Spartak football game. This is shameful, to my mind. I am proud of Yuri Gagarin, I'm proud of John Glenn, the first American astronaut, third man in space. I am also proud of Neil Armstrong, who stepped on the Moon. All of them are great men, heroes, just like German Titov and Alexei Leonov, who made the first spacewalk.

"Soviet, Russian and US astronauts - they are all friends with each other, they communicate on a very different, human level. However, politicians and journalists take efforts to turn universal human achievements into another "arms race." Who cares who invented the light bulb, Edison or Yablochkov? All this comes from the era of ideological confrontation, the struggle against cosmopolitanism, when French bread rolls would be renamed to Moscow rolls, or when "Nord" cigarettes were called "North" ("Sever"). This is nonsensical.

"Yury Gagarin remains the property of both the Soviet Union and the former Soviet Union. Gagarin is also the property of the United States, Great Britain and so on, including even Zulu. He was the first human being who flew into space and it makes no difference what nationality he was.

"Everyone knows who Yuri Gagarin is. We saw how America was welcoming Gagarin, when people were trying to touch him, when he was there. We can see all that on tape.

"Can you question the name of Christopher Columbus? He was traveling on three ships that look like little boats to us now, but we all honor him still. Who is worthy of greater glory and honor: Columbus or Russian merchants, who were selling furs in Alaska? All these talks are childish. Can you say who is better - Faulkner or Dostoevsky, Saltykov-Shchedrin or Melville?

"We must take a tough political, geopolitical position, to be able to defend our own truth and respect the American people at the same time. They should respect us too. By the way, I know many Americans who love Russia, who know Russia and they honor Gagarin's deed.

"In principle, the Americans are very decent and open people. Today's policy-makers forget a very important thing: we defeated fascism, Nazi Germany and its allies together. Without them, we would have suffered even more, and they would not have been able to cope with Hitler without us.

"By the end of 1941, when most of the industrially developed part of the Soviet Union had been occupied, the USSR did not even have molybdenum steel - all of the molybdenum was coming from America.

"Lend-Lease was a huge support for the USSR in most difficult years of the war, and it is utter shame to speculate on this topic. It makes no sense either to speculate on the fate of British soldiers who were being bombed and torpedoed in northern hopeless waters and no one had a chance to survive. These are our heroes as well, they were our comrades, our allies in that war. I think it is absolutely wrong to defame their memory. We all were part of that war.