Russia to protect its 'green shield' not to suffocate

Members of the Russian Parliament, the State Duma, call upon their colleagues to take care of the "green lungs" of Moscow and other Russian cities. The State Duma currently considers the "Green Shield" bill about the protection of green space around Russian cities. 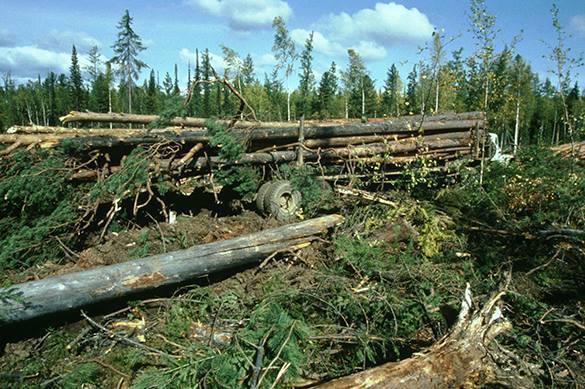 "If today, as many experts and environmentalists of all levels say, no action is promptly taken, it will be impossible to breathe soon," United Russia MP Olga Timofeeva said.

The "Green Shield" bill will bring about amendments to the Environmental Protection Act and several other laws to restore the protective natural belt around Russian cities.

"This bill is being considered in a complicated procedure, notwithstanding many things. There are many anti-lobbyists of environmental legislation who understand that this will put an end to many projects that were thought to be implemented around large Russian cities," Timofeeva added.

It is no secret that some officials and entrepreneurs use suburban plots of land inappropriately. The land that could be used for agricultural purposes or for the creation of ecological protective shields for large cities, is often used for the construction of houses, shopping malls and other concrete benefits of civilization.

According to Olga Timofeeva, the territories taken by parks and forests near the city of Ivanovo have decreased by 30 percent during the recent ten years. In Kemerovo, eight hectares of land with century-old trees are to be deforested for subsequent construction works.

In the Leningrad region, illegal deforestation has cut 150 hectares out of the "green lungs" of the territory. Timber theft was evaluated at 408 million rubles. Environmental standards are violated on a regular basis in the Moscow region. "There are dozens, if not hundreds of such cases all over Russia," said Olga Timofeeva.

Also read: Moscow air is not the worst in te world

The current legislation is unable to protect Russian forests and lands promptly, especially in the regions with a high population density. As a result, it is impossible to ensure an adequate level of environmental safety for the population, said the MP.

The "Green Shield" bill is to become an additional measure to strengthen the basic legislation in the field. For example, it is assumed that the bill will contribute to the protective forest-park belt around the city of Moscow. The green belt was created around Moscow in 1935, but it has halved since 1965.

"We want to create legal conditions for the restoration of special green belts around large cities to improve the protective function on the territory of densely populated cities," Olga Timofeeva said. She added that President Vladimir Putin supported the idea at a meeting of the All-Russian National Front.

The "Green Shield" draft law was submitted to the State Duma on January 21, 2016. A month after it was published on the website of the Public Russian initiative, more than 100,000 Russians expressed their support for the project.

Margarita Morozova, an expert with the All-Russian National Front, told Pravda.Ru that representatives of construction business tried to show resistance to the bill.

According to Margarita Morozova, the bill suggests a ban on deforestation within 70 kilometers around Moscow and other major Russian cities.

"The bill involves a ban on deforestation for construction purposes and limits construction activities within water protection zones. It is also highly important, as elite residential complexes and houses may often be built within water protection zones, which is, of course, unacceptable. All people should have equal access to natural resources," Margarita Morozova told Pravda.Ru.