Europe has stepped on the road to hell

Paul Moreira's documentary "Masks of the Revolution" has galvanized Europe and exposed the true face of Ukraine's Maidan. Yet, many Europeans do not realize that chaos from Ukraine may spread to the EU. Pravda.Ru talked about the decline of Europe with the author of "The Notre Dame de Paris Mosque," Elena Chudinova and writer Alexander Artamonov. 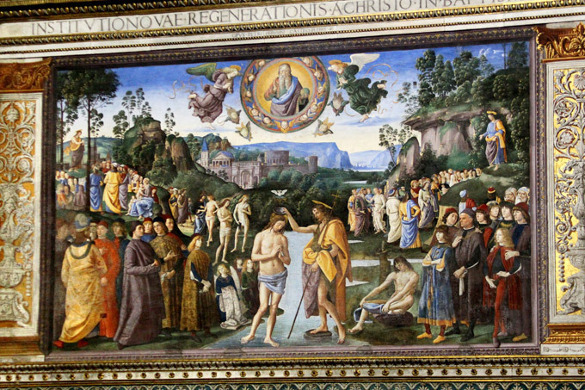 "The documentary has shown truth to many people in the West. Still, this is a piece of work made from a European perspective, where stereotypes and even the official point of view about the events in Ukraine appear as well."

Alexander Artamonov: "Yes, unfortunately, it is true. Of course, the Europeans accepted the documentary with a certain amount of superiority. They think that the horror in Ukraine is happening to second-best people. There are countries in the world where war has become commonplace: Afghanistan, Nigeria, Somalia and now Ukraine. They think that the white civilized world is too far from those conflicts.

"I would like to ask everyone who watches Paul Moreira's documentary to understand that the scenario of events in Ukraine is an American product. This scenario may repeat in France, for instance, even though the French still do not seem to understand it.

"Incidentally, the first-ever color revolution took place in France. The Americans initiated the revolution of 1968 after General de Gaulle demanded green banknotes should be exchanged for gold. The Americans exchanged two steamers of dollars for gold, but then they made De Gaulle leave, and France plunged into chaos.

"The Americans do not need Europe. The French and other Europeans will be swept away with the Muslim wave that has been rising and growing for the last 30 years. Even 25 years ago, there were posters hanging in Algerian police stations: the French Republic will become a caliphate."

Elena Chudinova: "The current birth rate in France is not enough. My reader - a Catholic priest from Belgium, Père Samuel, is very aware of this danger. According to him, every Muslim child in Europe is a ticking time bomb. They have tried to bring him to justice for such words, although to no avail.

"Most French citizens do not pay much attention to what is happening in Ukraine, Russia and so on. They believe that people are killed in these countries on a regular basis. But then Paris attacks happen, and they do not understand why such a thing has happened to them. We also look condescendingly on the French, because we can see that they do not know how to resit to the propaganda that they are being fed with every day."

AA: "Not that long ago, it was said that Nicolas Sarkozy started military actions in Libya for a reason. France had to close the campaign to finance Mummer Gaddafi. Muammar Gaddafi's son said that he knew the truth about the sources of financial income for Sarkozy's party. Soon afterwards, Gaddafi was killed.

The Americans acted as beneficiaries, but it was a French operation in its essence. According to the plan of American puppeteers, Europe is being conquered slowly. The USA does not need the politically strong Europe. The Americans do not need Europe at all. They would be happy if Europe and Russia disappeared.

"I think that the French have surrendered. They have given up on their country and their faith. Already today, as many as 70 percent of the French people say that they are atheists. Christian temples are either destroyed or turned into mosques. One can sell churches in France today. The French have started destroying their own neo-Gothic churches from the 19th century, claiming that the are dilapidated and not needed at all. They just demolish them in broad daylight."