Five years after the "democratic" revolution of 2011 in Libya, the country has turned into a hotbed of terrorism on the African continent. Muammar Gaddafi's cousin, Akhmed Gaddafi al-Dam, shared his thoughts on Libya and the "reforms" that formerly a prosperous country had to go through. 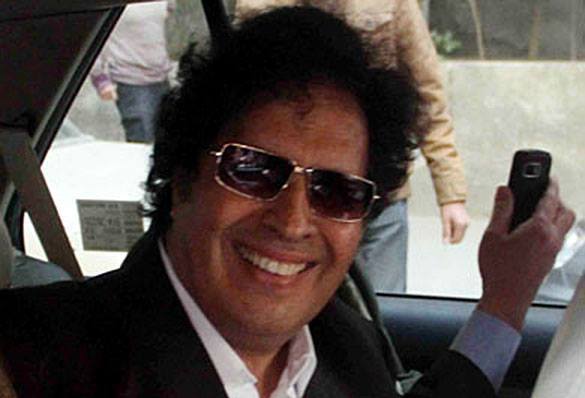 "Libya is a country that used to stand at the forefront of the whole continent and had its authority in the world. Today, this is a humiliated vassal state, the fate of which is now determined by other countries. We have come to this day through pain, tears and sacrifice, material and moral losses. What we see today after five difficult years is the aftermath of NATO's actions. They came to destroy our country and left to decide the fate of our country and appoint our government from afar," Akhmed Gaddafi al-Dam told RT.

The victory of "democratic" forces has not given the country the freedoms that the ideologues of the war were glorifying. On the contrary, it has taken power from people. According to the cousin of the late Libyan leader, if Gaddafi had stayed at the helm, there would not have been so many victims, refugees and Islamist terrorists in Libya.

"If it wasn't for the invasion of NATO troops that came to Libya for one purpose only - to kill Gaddafi -  we wouldn't have found ourselves in this situation," Al-Dam said.

According to him, the events in Libya, just like in Iraq, opened the doors to extremism and chaos.

"This reminds us of the plan that the West started implementing to crush Islam after crushing communism after World War II. They wanted to take advantage of the victory in World War II. They believed that communism was dangerous and they crushed it. Then they decided that Islam was dangerous too. They started destroying Islam in Afghanistan, Iraq, Syria, Libya, Yemen and further in Bosnia, Albania, Nigeria. Where are "friends of Libya?" Where is democracy? Where are human rights? Where are the dreams, for which our young people died? We had headaches from watching satellite TV channels telling us about democracy. Where are these "friends of Libya" now and where did they go? Meanwhile, Libya is being killed every day," the cousin of the late Libyan president said.

Ahmed Gaddafi al-Dam urged the international community to conduct an objective investigation into the events of 2011, as the military operation in Libya was carried out with clear violations of numerous resolutions.

According to him, modern terrorists operating in Libya, Syria and Iraq have nothing to do with Islam. All of their postulates and their "religion" was developed in the West.

"This virus that was brought to Arab countries and infected our youth was created in the West. Those groups have defiled Islam by their actions. The UN Security Council is directly responsible for what happened and is still happening in our country," Al-Dam concluded.