The film Alone  in Berlin is a French-German-British co-production, directed by the Swiss son of a German mother Vincent Perez, and the lead actress is Emma Thompson in the role of a tough anti-Nazi, enough to fill the huge room where more than three hundred film critics were sitting. 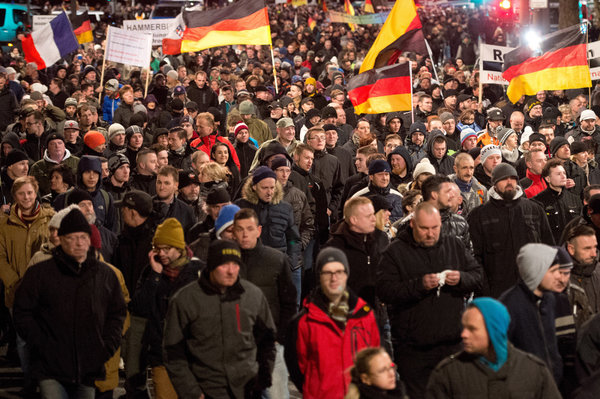 For Pravda.Ru by Rui Martins

Known for his militant past and even his preference for engaged films, the first question to Emma Thompson was not cinema but today. It came from a Colombian journalist:

- I wonder, in view of their past struggles and their role in a tough film, what is your opinion about the Pegida movement of the extreme right against refugees, and the UK's position on the issue of refugees.

Caught by surprise, Emma Thompson, still a beautiful and remarkable woman, managed the moment with class and passed the question to the German actor Daniel Bruehl:

- Good evening, said Emma Thompson in response, this is a good start in an interview about a film that deals with something else ... well, there's a good answer can be given by Daniel, who dwells in Germany, I spoke this morning just about it. I live in Europe, in a damp and rainy place, a kind of Europe but not quite, so to speak, full of fog and misery, finally, an island that gives the impression of wanting to turn their backs on those who need help, something very much in vogue today.

After further questions, almost to the end, I wanted to remember another definition:

- Emma Thompson, knowing your past struggles and considering that the film is political and that Europe is in crisis, we ask if you would vote for England to continue inside or leave the European Union?

In response, the famous and respected actress, this time left no doubt:

- I feel personally very European, even though living in Scotland. Obviously I will vote for us to continue in Europe, no doubt! It would be crazy not to vote as well. It's a completely crazy idea about leaving the EU. You have to knock down barriers and break the boundaries, rather than create new frontiers.

Following, are other major responses from Emma Thompson:

- I was born in 1959, that is, fourteen years after the end of World War II, I lived in England which was austere, I remember our first to television which we would recharge with the handle when I was seven. We were always well and had fought the Nazis, later discovered that many Germans felt they had been dominated by the Nazis as did the neighboring countries.

To prepare the film, I tried to put myself in the same atmosphere of those who lived in Berlin at the time... and the same is true of countries dominated by fascist totalitarian regimes.

The horror in these countries was to get people to spy. Who will give me away, everyone should ask. Which pointing finger will take me to the police and why?

The film Alone in Berlin

The  film Alone in Berlin tells a true story of a couple of workers who, after the death of the only son in the occupation of France, decide to resist the cruel and violent regime but in a secretive way, writing postcards denouncing Hitler and Nazism and distributing them among Berlin apartment buildings.

Although they did not know, almost all of the cards were immediately taken by whistleblowers to the nearest commissariat, which sought to locate where the cards came from. Only 18 cards, among about three hundred, were not brought to the commissioner.

By this action that in no way threatened the Nazi regime, the couple was eventually located and arrested. After the process, both were sentenced to death.

This story was located by the important German writer Hans Fallada in the archives of the lawsuits filed by the Nazi regime against German citizens involved in actions against the government.

The director Vincent Perez highlighted the fact that the couple are common people with strong determination, running serious risks in an era of institutionalized tip-off.

Rui Martins, is in Berlin, invited by the International Film Festival.