The truth about the crash of the Malaysian Boeing over Ukraine on July 17, 2014 will not be unveiled to the world as long as the Obama administration stays in power, Vladimir Yevseyev, the head of the Eurasian Integration and Development of the SCO told Pravda.Ru. 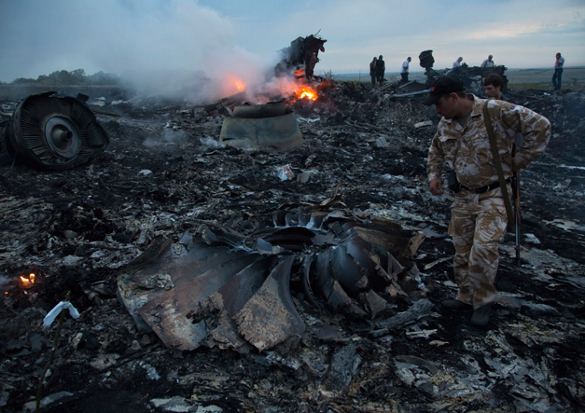 Vladimir Yevseyev believes that the tweets that Dutch MP Pieter Omtzigt made from the courtroom during the hearings on the case of the crash of the Malaysian Boeing over Ukraine were obviously interesting, although they can hardly serve as a serious argument. The MP wrote that it was only Ukraine that had operating Buk systems in Eastern Ukraine at the time of the tragedy.

"Posts in Twitter are interesting, but they can hardly be an interesting argument. Nevertheless,  Harm Brouwer, the head of a special commission for supervision over intelligence services and defense, spoke at the Dutch Parliament and officially confirmed that it was only the Ukrainian army that had operating Buk systems on July 17, 2014 in the Donbass," Vladimir Yevseyev said.

The Buk system is a complex that operates on the basis of the so-called external guidance. In other words, the system also needs radars to follow the target and other equipment that the Donbass militia did not have. They did not have well-trained crews to handle the hardware either, the expert said.

The plane was flying in the destruction area during a very short period of time when it crashed. According to Vladimir Yevseyev, someone was waiting for the aircraft with the help of radar detection. It could be done only with the help of a Ukrainian air navigation service.

It was absolutely pointless for the Donbass militia to attack the plane, even if we assume that it was them who shot down the aircraft, Yevseyev said. On the contrary, it was their opponents, who wanted to take advantage of the provocation, he added.

The Donbass militia were declared guilty of the air crash immediately, the expert reminded. The Dutch investigators follow instructions from the United States, he told Pravda.Ru. The Dutch political elite is not independent and virtually remains under external control of the United States, although it is not so obvious as in the case of Ukraine, where US officials interfere to appoint and dismiss Ukrainian ministers.

"The Donbass militia were declared guilty of the tragedy almost immediately. The information about it was disseminated in all possible ways. This will not change as long as Barack Obama and his administration stay in power in the United States. Barack was the first to have accused the Donbass militia of the disaster," Vladimir Yevseyev said.

According to the expert, as long as the current administration stays in power, one does not have to expect anything to change at this point. However, similarly to Georgia's attack on South Ossetia in 2008, the truth about the tragedy is likely to be unveiled in the future.