Whoever accompanies dance in Brazil should have a chance to see the dance performance choreography, Castle, inspired by the work of Kafka, and find Estefania Miranda, director of dance and choreography of Berne Theatre in Switzerland two years ago. 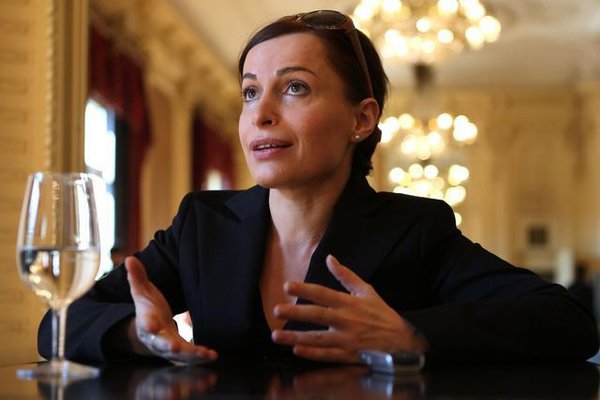 South American, from Chile, Estefania Miranda's career, which began in Edinburgh, Scotland, and Tilburg in the Netherlands, has contact points with Brazil, having worked directly with the known and famous dancer and choreographer  Ismael Ivo, who did a tour in Brazil. Another reference linked to Brazil is the fact that she also worked with Gerald Thomas in New York.

Her resume is huge and international and her creativity and originality are striking. The proof is the way in which she choreographed into a dance show one of the most profound books of Kafka, in the denunciation of the complicated and tortuous paths of bureaucracy and anguish of his character wrapped in a plot from which one cannot break away.

Transplanting a Kafka book for dance and choreography and managing to convey the same climate as that experienced by the reader for the viewing public would seem an impossible mission. However, based on the sounds and electronic music by Jeroen Strijbos et Rob van Rijswijk, Estefania Miranda carries to the stage the Kafkaesque nightmare with the strong presence of Winston Ricardo Arnon and more than 17 dancers, most of the hooded time in a gloomy atmosphere of darkness and mystery, which can be a little suffocating.

And there were many beetles or cockroaches in an allusion to the same delusion of Kafka, in his best-known book Metamorphosis. The dancers crawl around K, the character of the book, hired to work in the castle, which he can never enter. But it is an enclosed space in which K feels harassed, threatened, almost run over by the inhabitants of the village surrounding the castle.

The hooded dancers assume the representation of the negative, of the oppressors, the bad, evil, and coincidentally desired by Estefania Miranda, are dressed all in black just like the Daesch barbarians, which is why the dance can convey a scene which appears updated today , carrying a sense of danger and an environment of fear.

The show ended on the penultimate day of the year, but hopefully there is a chance to be taken to Brazil. And who knows, elsewhere...

Rui Martins presents critiques of film festivals, the next one being the Berlinale in February