It is generally believed that American woman - an emancipated and pragmatic individual - is busy only with her career rather than her family. For many, this image has become an ideal way of life. However, this is a real American tragedy, where women become stronger and men become weaker. We talked about this phenomenon in an interview with American economist, historian and writer Vadim Karpov. 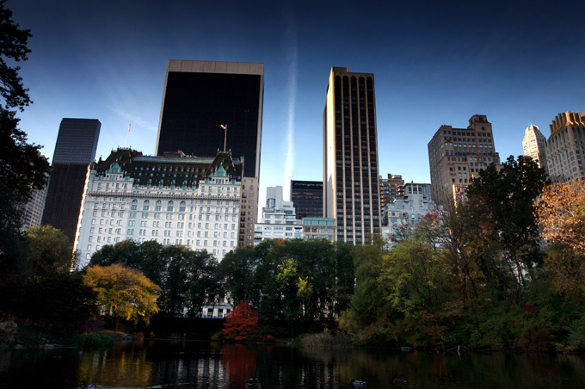 "You have been living in the United States for a long time. How would you describe the modern American woman? What are they like today?"

"I'm not sure if I have enough rights to give a clear description of the American woman, but I can try. The English and the Irish were the first people to have moved to America from the Old World in the 16th and 18th centuries. It was in their genes to conquer new lands and build not even a state, but a community. The main feature of the English Puritan democracy was liberal economy. The main principle of American democracy has always been free economy and the right for every person to become rich. This is the basis. The most important thing for an American is to become rich and then find someone to work for you instead. This principle has been working for nearly 200 years. Millions of immigrants from Europe - from Ireland and Germany in the first place - were coming to the United States in early 19th century. All those people were coming to America in a hope to feed their large families and they had a lot of free land to choose from. As a result, in the late 19th century, the United States was a competitor to England and Germany.

"The economic growth in the 20th century and the inflow of capital from Europe during WWI and WWII has led to outstanding economic results in the United States. In many families, women preferred not to work, but to stay home to take care of their kids.

"The process started taking a different turn in 1963 after the assassination of John F. Kennedy. To analyse the processes of degradation of the typical American family over the recent 50 years, American sociologist Charles Murray compared the 1960s and present times on the example of two American cities: Belmont, Massachusetts, and Fishtown, Pennsylvania.

"In 1963, 84% of women and men were married in both Belmont and Fishtown. There was practically no unemployment, and any unemployed man could easily find another job with other people's help. The society and the morale was so strong and consolidated that no one could stay indifferent to other people's misery. As we remember, the picture was the same in the USSR."

"During the recent 50 years, family grounds in the United States have decayed. Nowadays, an unemployed man, who changes his job every weak or every month, has become commonplace. This is a consequence of the war in Vietnam, of the fight for civil rights of the African American population, of high unemployment rates and the prosperity of immoral ideology that can be briefly described in the motto "sex, drugs and rock'n' roll." However, the American woman has won the right for education, career and independent life. American women have eventually become so emancipated and independent that they no longer need men. A modern American woman has lost her healthy instinct - she does not need to have a man to have a family. Modern American women reject the notion of traditional family, when a man works to feed his family while a woman stays home as a housewife. Nowadays, educated American females make more than a hundred thousands dollars a year. They make successful careers and can only care less about the future.

"Instead of coming back home after work to their husband and children, they go to parties. Every night they enjoy themselves in bars and restaurants. Emancipation has destroyed the traditional family. Popular TV show "Sex and the City" is a good illustration of the great American tragedy. This TV show is like a textbook of the destructive way of life - it shows you how you should not live."

"This is a model for a typical American woman, but there are many women from the former Soviet Union, who moved to the United States, and we know that Russia has always been a patriarchal country, where a family means husband and wife and children."

"Mass emigration from the former Soviet Union started in 1977 and continued right through 2001. After September 11 attacks, unemployment in the United States has close all doors for those who wanted to make quick money. The financial crisis in 2008 exacerbated the situation even further. Many Russians who changed their place of residence are in serious real estate debt in the United States. Many young people have huge debts for their education. Education debt in the United States surpasses all credit card debts in the country now.

"The times when Russian women were coming to America for a better life and a rich husband have gone down in history because all sober-minded women realise that they go to slavery. They have a lot of work to do and they have absolutely no rights. You are nobody in this country so other people can exploit you to their own liking. A Russian woman who does not have good knowledge of English can only hope for low paid jobs that usually go to Mexicans. Interestingly, many Ukrainian women are not ready to fall victims of the American dream.

"Several years ago, Russian women were very much attracted to the US dollar, so to speak. Today, however, many Americans live in debt. They pay their mortgage for life, their salaries do not grow and they can hardly maintain a wealthy family life. Many Russian men who moved to America complain that it is very hard for them to find an adequate woman from Russia. All stories about the caring and loving Russian woman who would be happy to have any job and minimum comfort are now in the past. Russian men in America have found themselves in a difficult situation. They cannot create a full-fledged family with American women, because the vision of life and the mentality is very different. Russian men cannot accept pragmatism, independence and scheduled relationship. They do not opt for Mexican women either, because they think that their mentality is quite low.

"The wave of emancipation is sweeping across Russia as well. In today's Russia, women can make as much or even more money as men. There is a whole class of well-to-do and demanding Russian women who know their worth. The number of Russian women willing to emigrate to America to work there as a waitress has been decreasing steadily. One has to have a low level of intellect and self-esteem to do that."