Can China rip the world to pieces?

Against the backdrop of all political events, one needs not to forget about national and world economies. As for world economy, there are serious things going on there. A recent plenum of the Central Committee of the Communist Party of China adopted a series of landmark economic decisions. One of them is about the need to raise the standard of living in China. 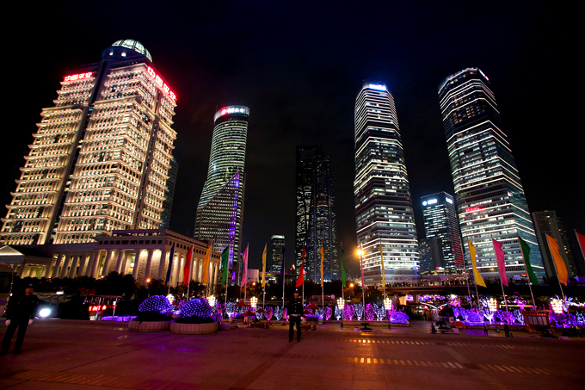 The main goal for the development of China is to build a moderately prosperous society by 2020. By 2020, China's GDP should double (compared with 2010). The average income of Chinese citizens in cities and villages should double as well.

Of course, one may doubt whether the Chinese can do it. However, even if they do not, they will provide a report about it at a regular meeting of the Communist Party.

Just think about it: 1.5 billion Chinese people - a fifth and perhaps even a quarter of mankind - will start living better lives. They will double their consumption within a very short period of time. Mankind will not be able to increase the production of natural resources accordingly during the remaining five years. Therefore, it means that someone else will have to considerably cut their needs in favor of the hard-working Chinese people, who live in a country where the government takes a very responsible approach to issues of economic growth. "Someone else" could well be Russia.

Meanwhile, current low prices on hydrocarbons have led to the phenomenon that President Putin referred to as "an investment pause." In the foreseeable future, the production of natural resources will decrease. As a result, the world may not be able to ensure the development of the living standard in China, given the fact that Chinese families are officially allowed to have two children per family.

Not that long ago, President Putin conducted a meeting of the government to discuss issues of economic development. During the meeting, officials discussed the development of the Russian satellite navigation system known as GLONASS. The system currently faces serious competitors - GPS of the United States and BeiDou of China.

Deputy Prime Minister Dmitry Rogozin set an ambitious goal: GLONASS should take 40 percent of the world market of navigation services. Well, overly ambitious plans are better than no plans at all, as Churchill said.

The meeting showed the prospects of the Russian economy, as President Putin sees them. First, it is the anti-crisis policy that focuses on the the growth of internal demand. Secondly, developing the high-tech industry is extremely important. Thirdly, Russia will develop the traditional service sector.