Zita and Gita: World's only successfully separated Siamese twins lose each other for good

Zita Rezakhanova, one of the Siamese twins, who were separated in 2003 by Russian surgeons, died in the republic of Kyrgyzstan. Zita died as a result of a long illness connected with multiple organ failure - a condition when several systems of the human body fail to perform their functions. 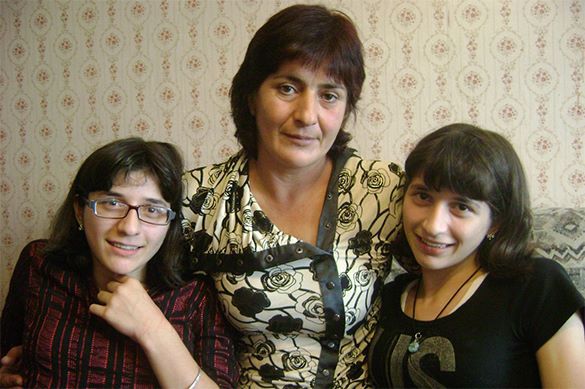 Zita and Gita Rezakhanova were born on October 19, 1991 in the village of Zapadnoye, Kyrgyzstan. The girls had three legs and one pelvis that had to be cut into two. Russian doctors at Moscow's Central Children's Clinical Hospital named after Filatov conducted a highly complicated surgery to separate the Siamese twins in 2003. The surgery still remains the only successful operation to separate Siamese twins who were born with one pelvis.

After the surgery, the sisters have repeatedly sought medical assistance. The twins would often fall ill and had to take medications constantly. Gita Rezakhanova currently suffers from chest pains. Doctors had repeatedly saved Zita's life as she had suffered from pyosis of internal organs.

Zita was receiving treatment in Russia. Several months ago, she asked her mother to go back to Kyrgyzstan, where she spent two months.

Zita Rezakhanova died on Thursday, October 29, in her native village of Zapadnoye. She was 24.

The funeral took place in a modest and quiet environment. It was mostly friends and family who attended. There were many journalists too, including Russian ones, RIA Novosti reports.

According to Elena Bayalinova, a representative of the Health Ministry of Kyrgyzstan, the Mufti of Russia and Acting Minister for Health of Kyrgyzstan presented their condolences to the family via telephone.

The surgery to separate Siamese twins Zita and Gita was unique, because doctors managed to save the lives of the two girls, who shared unpaired internal organs. The sisters had one bladder and three legs.

Siamese twins Zita and Gita were the only successfully separated Siamese twins in the world, who remained healthy for quite a long period of time. The sisters turned 24 in October 2015.

Separated Siamese twins from Kyrgyzstan dream of going back to Moscow