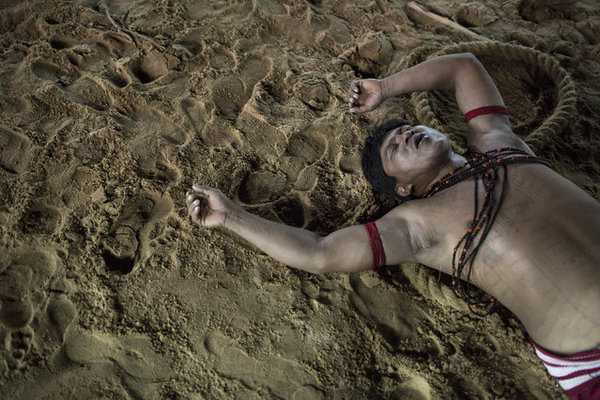 In an article, ISA's founding member Márcio Santilli criticizes the neglect of the government towards indigenous rights and demands coherent action by the Minister of Justice to solve land conflicts in Mato Grosso do Sul.

Mato Grosso do Sul is the state that concentrates the highest number of murders of Indians each year and also leads the suicide occurrence. The Indigenous population in the stats, inferior only to the Amazonas State sums up 70,000 inhabitants, 50,000 being Guarani Kaiowa and Guarani Ñandeva. Despite that, lands designated to the Indians in Mato Grosso do Sul have area extension per inhabitant much smaller than the rural land module utilized in agrarian reform and, mostly, are not in complete possession of the Indians by dint of judicial decisions or invasions.

The land concentration in the State is abnormal while indigenous lands demarcations are paralyzed due to inertia of the federal government, which also does not define its position on the right of private landowners to get compensation by the Union in areas subsequently recognized as indigenous lands.

Last week, another Guarani Kaiowa Indian was murdered by a ruralist militia, incited by farmer organizations and irresponsible politicians. It has been decided to react to the occupation of farms by indigenous groups who do not stand any longer to live in the of roads waiting for governmental actions.

For each murder, federal troops are sent to the state and the Minister of Justice, José Eduardo Cardozo, reformulates his empty torrent of words. In service for five years, he has not given a solution to any conflict in the state. And now he returns to the state, in an attempt to get the Federal Prosecution Service in his company, as to minimize his lack of credibility.

Meanwhile, political representatives of the ruralists give their best to formulate proposals in the Congress to violate the constitutional rights of the Indians. Without consulting to them, of course. They try to multiply obstacles to land demarcation, not bothering with the consequences of impounding conflicts already crashing and which can lead to an unprecedented bloodshed in the recent history of the state.

The Minister of Justice has to understand, urgently, that his empty rhetoric just contributes to aggravating the situation and that is necessary to define promptly the legal and financial instruments for compensating the owners of legitimate titles of property overlapping Indigenous Lands, and to make them work. The ruralists should abstain from trying to transform the legitimate rights of these owners in an industry of undue compensations and in an explosive bomb in the fiscal point of view, when claiming cash payments despite knowing that never has never been money to this end.

Time is running out. Blood is flowing. In the political marsh that the country is in, in the absence of government and in the excess of aggressive and unqualified parlamentarian gangs, indigenous peoples are paying an enormous price, beyond that which they already pay as other Brazilians".