The Premier League transfer deadline is to close at 20.00 today Moscow time and the surprise move of the day is a non-event: David De Gea will not be moving from Manchester United to Real Madrid because an administrative error means that the bureaucratic process misses the deadline. 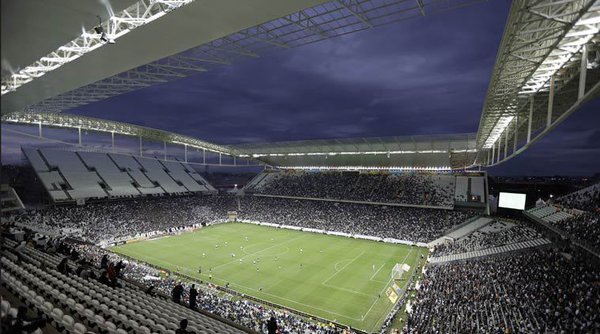 After the official Champions League Twitter feed confirmed that the goalkeeper was leaving Old Trafford, UEFA confirmed that the deal had failed and was not going ahead. The Champions League statement was then deleted. As rumors continue that both clubs are desperately trying to see the deal go through, Real Madrid has admitted it did everything possible to secure the goalkeeper back home to Madrid for 29 million GBP.

The deal involved the sale of De Gea from United to Real and the move of Keylor Navas in the opposite direction. Manchester United released the transfer details into the UEFA TMS system at 0.00 but did not enter the details for Navas, according to Real and when Real tried to enter, the TMS system was closed as was the Spanish transfer deadline. United claims it registered all the documents necessary for the transfer in time.

It is said both clubs are to appeal on Tuesday (September 1).

FC Porto, Sporting Club de Portugal and FC Arouca have seven points each from the first three games in the Portuguese Primeira Liga, while in Ligue 1 in France, Paris Saint Germain is unstoppable with 12 points from 4 games, followed by Stade de Reims and Stade Rennais FC on 9.

In Russia's Premier League, PFC CSKA Moskva has the maximum 21 points from the first seven games, followed by FC Lokomotiv Moskva and FC Zenit Saint Petersburg on 17 and 15 points, respectively.

Champions League: The chips are down. Zenit and CSKA represent Russia

The result of the first leg of the Champions League qualifying games was negative to CSKA Moskva, losing 2-1 in Lisbon to Sporting Clube de Portugal but the tie for the Muscovites is very much down but not out. Sporting CP travels to Moscow defending a result crafted by Gutiérrez (12) and Slimani (82) after Doumbia equalized on 40'.

The result of the first leg of the Champions League qualifying games was negative to CSKA Moskva, losing 2-1 in Portugal's capital city to Sporting Clube de Portugal but the tie for the Muscovites is very much down but not out. Sporting CP travels to Moscow defending a result crafted by Gutiérrez (12) and Slimani (82) after Doumbia equalized on 40'.

Leonid Slutski's side sits atop the Russian Premier League with six wins in the bag and this away tie against a sleek new-look Sporting CP under new coach Jorge Jesus (ex-Benfica, arch rivals across northern Lisbon) was the first defeat of the season, while being Sporting's third competitive game and the third victory.

Sporting's ball possession was far superior, 63% against CSKA's 37% but the scoreline shows just how dangerous CSKA can be in their masterful counter-attacking strategy, soaking up pressure, putting men behind the ball and launching attacks like rockets down the wings, trying to find Seydou Alan Doumbia, from Ivory Coast, playing at CSKA since 2010.