One year after MH17 disaster: Where is the truth?

The anniversary of Flight MH17 disaster is drawing near. Almost a year later, a lot, if not all remains unclear about the reasons that caused the Boeing aircraft to crash above Donetsk. Taking into consideration recent moves on the threshold of the anniversary, one shall assume that Western leaders intend to blame Putin for the terrible tragedy. 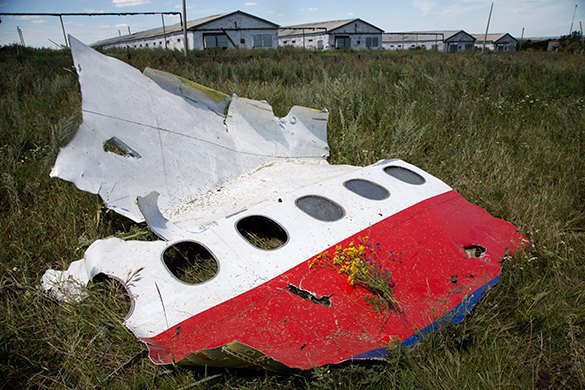 The Australian authorities, for example, supported the establishment of an international tribunal to investigate the disaster. Five countries addressed the UN Security Council with such a request: Australia, Belgium, Malaysia, the Netherlands and Ukraine. The authors of the idea believe that the crash of the passenger jetliner was a "threat to international peace and security", making reference to Chapter VII of the UN Charter. Is this legitimate? Is there a political motive in the undertaking? Pravda.Ru asked expert opinion from Alexander Krylov, an officer at the Institute of World Economy of International Relations.

"The whole story was originally politically motivated to perform a very specific assignment. It is an open secret that the strongest player can always use international law to their advantage. People's Republics of Donetsk and Luhansk delivered the black boxes of the crashed Boeing to Russia. Russia subsequently delivered the boxes to Western experts in a hope for a fair investigation. Usually, it takes specialists little time to decode information from flight recorders. In this case, however, it is not clear why this story takes so long. I think they needed a year to falsify some information. Objective data would not have taken so much time. Chances are good for the original scenario to blame Russia for the tragedy. The story with the Boeing that was shot down at the beginning of the 80s in the Far East was the same, and the Soviet Union was declared an evil empire. They want to repeat something like this now," said Alexander Krylov.

There are only three precedents of such tribunals - in Nuremberg over Germany, over former Yugoslavia and Rwanda. In all of the three cases, top officials of the states served as defendants. Will Putin and Russia create the fourth precedent?

"No, of course not - this is too far from reality. In this case, the West would have to destroy Russia first before bringing the "bloody Russian regime" to trial. For the time being, no one wishes to declare war on Russia. Rather, we are dealing with a massive offensive and blackmail of the Russian authorities. The West apparently wants to receive some concessions for Ukraine, Iran and Syria from Russia. This can be done as a form of diplomatic blackmail. The Americans will do their best to hold Russia accountable for the crime that Russia has not committed. America's satellites will sacrifice their own national interests to help the USA at this point," said the expert.

Does Russia have her own arguments and evidence?

"I was very surprised when the Russian authorities decided to deliver the black boxes to Western specialists hoping for the honesty and professionalism of the latter. It would have been much more reasonable to open those boxes in Moscow in foreign experts' presence. It would have been reasonable to copy the information from the flight recorders," said Alexander Krylov.