Corruption in sport: Lawlessness at its finest

Sport and politics have been inseparable always. However, the influence of politics on sports has increased greatly during the recent times. Pravda.Ru spoke about it in an interview with Olympic champion in speed skating, first deputy head of the Duma Committee for International Affairs, Svetlana Zhurova. 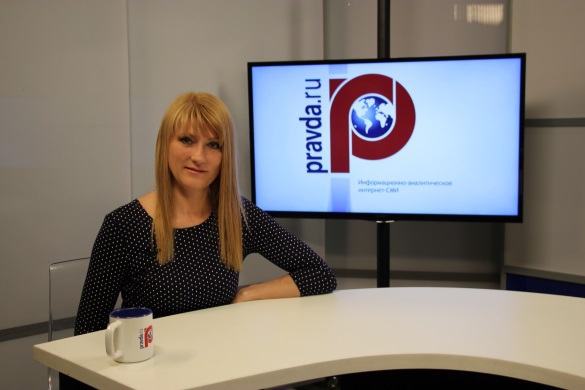 "The FIFA scandal has subsided, but it still appears in public attention time and again. Do you believe the version of American officials, who say that it was purely a corruption case that is in no way connected with Russia hosting the World Cup in 2018?"

"If it were some kind of a system, I would then probably take it for an element of corruption. Let's say that they have evidence that they can present at court.

"Mind you, there was a scandal when wrestling was about to be excluded from Olympic competitions. Again, Russia was involved. Again, the scandal took place before the election of the head of the International Federation of wrestling.

"There was a time when the president of the Athletics Federation was removed from the post. Again, Russia was involved. They were talking about doping, and it was all connected with Russia, the current political situation and Ukraine.

"Remember the time before the Winter Olympics in Sochi. The crisis in Ukraine was just brewing, but they created a scandal related to the gay community in Russia.

"If it wasn't for all those facts, one would probably think that the FIFA scandal was only about some coincidence that had absolutely nothing to do with the World Cup in Russia.

"Yet, we understand that there is a connection. During the Olympic Games in Moscow in 1980, there were speculative boycotts as well. What hurts me as an athlete is that politicians eventually shake hands, but athletes have to take sides, cancel their trips, wave goodbye to their dreams, for which they work so hard."

"Why has the political influence on sports grown so much lately? One could see Obama speaking about the FIFA scandal at the G7 summit. It goes without saying that sports federations were always against any sort of political interference into their affairs. Can athletes do something?"

"Athletes work very hard in the first place. They realize that their sports life is very short. They realize that they can not waste their energy on anything but sport. One can reproach some athletes for not being patriots, but one can not call them ego trippers. The Olympic Charter says, as Pierre de Coubertin put it, that the Olympic Games is a competition of athletes, rather than athletes."

"How do your colleagues in other countries treat political interference in sports?"

"Differently. Some of them do not pay attention to all this, because they do not watch TV and stick to their own personal principles. One of my coaches was trying to boycott a European Championship in Chelyabinsk, Russia, because of the Boeing tragedy in Ukraine. He was a Dutch and he said that the Dutch must not go to Russia after that. Yet, no one supported him and he was the only one to stay - everyone else went to Russia for the tournaments."

"You are in the European sanctions lists. Does it bother you at all?"

"No, it doesn't bother me much. I am going on a business trip to Serbia, but I can not go to Montenegro, where I go for holidays. It seems very strange that they include MPs on sanctions lists. MPs work to express their views and find compromises, solutions and so on. Yes, we made a decision to reunite with the Crimea, but in this case, they need to sanction all 450 MPs, who voted for the decision."

"Is it an obstacle in your parliamentary work?"

"Russia's current inability to vote at the Parliamentary Assembly of the Council of Europe is a big problem for us. This is lawlessness at its finest. The PACE was a platform, where we could express our thoughts and ideas to present them to the world, not only on the case of Russia and Ukraine, but on many other issues. Because it was the place where we could say a lot. Not only about Russia and Ukraine, but about many other issues too."

"Is there any progress on the issue of the PACE? What prospects does Russia have in the organization?"

"Some things are being moved into the background over there. No one raises the subject of the Boeing crash, as you can see. Most likely, they have some information that they need to hide. Yet, it is most important that our President Putin and Foreign Minister Lavrov stay firm on their positions - the ones that they had in the beginning."

Also read: The mispresentation of Sochi in Western media