Is it possible to resist political manipulations?

Ruling elites tend to use all possible techniques to manipulate us. Politicians in most democratic societies resort to such techniques even more often than their counterparts in the countries with dictatorial regimes. For those puppeteers, psychologists have concocted special methods. 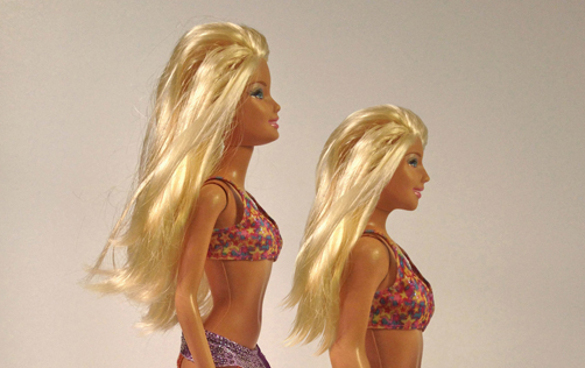 The policy of any country is based on the confrontation between two opposite approaches: the paternalistic and the liberal one. Roughly speaking, paternalists prohibit using drugs, alcohol, junk food, smoking and so on for the good of citizens. Liberals proceed from the fact that an outright ban does not do any good. Of course, there are pundits who tried to combine both approaches to find the golden mean.

The Germans, for example, call the policies of Chancellor Angela Merkel either liberaler Paternalismus (liberal paternalism) or nudging (a word borrowed from English). There is dual irony here: the word 'paternalism' is derived from the Latin 'pater' - 'father', whereas the English borrowing clearly alludes to the Satan that runs the show in today's Europe. The 'father' and the 'Satan' is the United States.

An unobtrusive manipulation called "nudging" is a technique that the USA invented to fool masses. The term "nudging" was coined by economist and professor Richard Thaler of Chicago and law professor Cass Sunstein of Harvard to designate influence on people's behavior without either bans or orders.

In their book titled "Nudge: Improving Decisions about Health, Wealth, and Happiness" an indicative example is given. As it turns out, it is enough to decorate the inner surface of a urinal with a fly to make men hit the target in public toilets. A study showed that about 80 percent of men will try to hit the target - the image of an insect - and will therefore not urinate on the floor. There are other examples, with one of them being about the creation of a funded pension system.

The novelty of the 2008 book by Thaler and Sunstein is not about conclusions. The novelty is about an attempt to build a full-fledged political program on the basis of "behavioral economics." By the way, one of the authors of the book is an informal adviser to President Barack Obama.

In 2010, the British government resorted to the services of the team called Behavioral Insights. The goal was to find a way to apply the Nudge theory to enhance government policies and public services. The project team examined the following opportunities: how to achieve higher taxes, avoid errors in prescribing medical prescriptions and how to increase the number of voters at elections of all levels.

Progressive German journalist Peter Harth, writing on the pages of Kopp-online about the passing of a new law on donation by the Bundestag in 2016, said: "The state controls its citizens while manipulating our alternatives and changing default settings."

Harth brings an eloquent example from the life of common Americans, who experienced nudging on their own skin. In Pennsylvania and New Jersey, there were two types of car insurance and vehicle owners. In New Jersey, the standard one was the cheaper version of insurance, which was popular among most residents of the state. In contrast, in Pennsylvania, a more expensive option was the standard one, but it was the more expensive version of insurance that most residents preferred. "Psychologists say that we want the things that we are given. The main thing is that we do not have to decide," Peter Harth wrote.

And then he says: "Here begins the real problem. In Sunstein's liberal paternalism, the state diagnoses undesirable behavior in its citizens, from which they should be cured. Therefore, we can not act for our own best interests. A person must be protected from himself.

"Would you like to live in such an ideology? In this case, there is no way out. The state does not tell their children that they do wrong or unreasonable. The state does not want them to change them for the better either. Instead, the state uses our weakness when making decisions against us. An obedient and exemplary citizen is somehow pushed to making the right decision."

"The state is not a friend that treats you with fatherly care. It is an institution that deprives people of power and freedom to distribute them in a new way, by its own rules. However, David, if he wants to win, shall never play by the rules of Goliath. Play by your own rules, not someone else's. He who is not an exemplary citizen, shall not be manipulated!"