Putin: 'Life is such a simple and cruel thing' 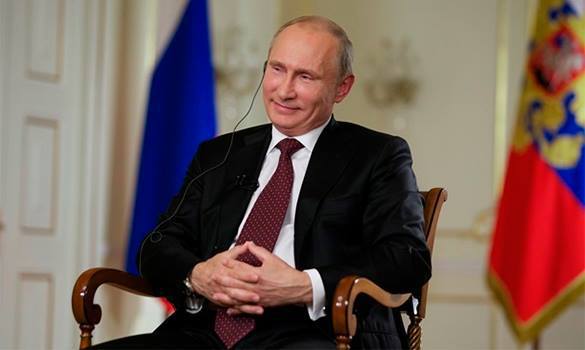 Russian President Vladimir Putin wrote a column for 'The Russian Pioneer' publication. In the column, Putin described his relations with his family and his parents. Putin also wrote about their attitude to war, to evil, as well as unveiled a few interesting details about curious occurrences that affected his life and outlook.

This is not the first time, when Vladimir Putin writes a column for this publication. In 2009, when serving as the prime minister of the Russian government, he expressed his point of view about people being fired from their jobs. In 2010, he wrote about scientists and explained his attraction to "events with the participation of fauna."

In his latest column, Putin started with a story about his father's army service. Vladimir Putin wrote in the article that he came to understand the phenomenon of war from his parents' conversations, Pravda.Ru reports.

"But they had no hatred for the enemy - that's what amazing. To be honest, I still can not fully understand this," Vladimir Putin wrote in his column. According to the president, his father served in Sevastopol as a sailor.

"When he returned, he worked at the factory, and they lived with my mother in Petrodvorets. They even built a house there, I think," Putin wrote.

Soon afterwards, the father of the would-be President of Russia volunteered to return to the navy. He served as a member of the NKVD guerrilla force and was seriously injured during service.

"The wound was severe. His foot would never bend afterwards. Doctors preferred not to remove small fragments not to crush the bones. They kept his foot, thank God, although they could have taken it," Vladimir Putin wrote in his piece.

The father of the future leader of Russia had a large family.

"He had six brothers, and five of them were killed. That was a disaster for the family. My mother lost her relatives too. I was a late child," wrote Vladimir Vladimirovich.

Putin pointed out in his column that his mother, in spite of the complexity and military upheavals of the time, was a very gentle person. Her kindness helped his family, friends and self cope with all the hardships of the war period.

"Life is such a simple and cruel thing," Putin wrote.

Andrei Kolesnikov, editor-in-chief of the publication, told RIA Novosti that the column was "very honest and open."

"It is evident that the subject still hurts Vladimir Putin," he added.

Noteworthy, a documentary titled "The President" has recently premiered in Russia. The documentary is dedicated to Putin's 15 years in power. In the film, the Russian President speaks about his work duties and talks about the hardest periods in the history of Russia, Pravda.Ru reports.

Read article on the Rusisan page of Pravda.Ru