Russian satellites will not fall from space anymore 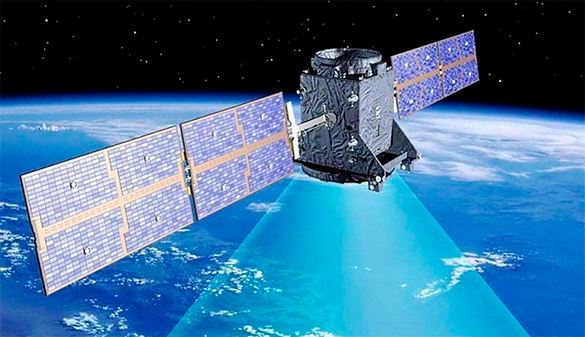 Pravda.Ru had an interview with a member of the Board of JSC United Rocket and Space Corporation, Igor Burenkov. In the interview, conducted by Pravda.Ru editor-in-chief Inna Novikova, we spoke with Mr. Burenkov about Russia's breakthrough in space technology, the impact of sanctions on the space industry and the difficult period, when Russia lost several of its spacecraft.

"The reforms in the Russian space industry started, but there is a lot to be done, and not everything is in order in the industry. We have achievements, of course, but we may not always know how to present them on the market. This has been particularly visible during the recent several years. Well then, no wonder, as it was US communication agencies that were promoting Russia abroad. For me, it's all a big mystery how it was possible at all. Over the past 20-odd years, a lot of things have happened, but in the last three or four years, the situation in the space industry started to improve. The Russian authorities started investing in the industry, and the money is used purposefully. Many projects have been finally completed, because companies received an opportunity to finish them. For example, the Angara rocket project has moved to the testing stage.

"Now it became clear that one needs to change production technologies that must also comply with present times and actual tasks. If we are in a market economy, then we can not have a huge out-of-market segment. Until recently, it was exactly the case in the Russian space industry."

"Was that the reason for the series of accidents?"

"Of course, it was one of the factors. When spacecraft started falling from the sky one after another, it was decided to conduct reforms in the space industry to make it meet modern requirements. It turned out that the primeval system of management did not fit in the new economic system of relations.

"Therefore, it was decided to reform the industry. The first stage seemed logical - the United Rocket and Space Corporation appeared. The new organization consolidated the companies of the industry.

To have an understanding of what product to work on and how it should be done, the corporation had to perform the function of a single executor of orders with Roscosmos being the customer. The Federal Space Agency took control of the budget and started handling orders in cooperation with other agencies.

"For example, the Defense Ministry is also a large customer. The division between the customer and the executor was a progressive idea from the market point of view and understanding economic laws of development.

"The reforms started bringing their fruits. For example, there is a program of the amelioration of the Khrunichev Center. In this program, for the first time in many years, they do not only give money to the company, but there is a mechanism stipulated to return this money to the state. It was impossible to imagine this before. This is an unprecedented case in our practice. So the Russian space industry was developing, but external factors suddenly intervened, such as sanctions against Russia.

Also read: What else can crash in Russia after Phobos Ground?

"Many difficulties appeared, because we were purchasing very large amounts of electronic components from abroad, so the situation has changed significantly. It was also revealed that the competitive "two-headed" system of management - Roscosmos and United Rocket and Space Corporation - was not working well in these conditions."

"Between customers and executors?"

"Yes - many difficulties appeared. The coordination process proved to be complicated and long, which was inadmissible under the new conditions - one had to make decisions quickly.

"All this led to the fact that Prime Minister Dmitry Medvedev proposed establishing state-run corporation Roscosmos that should include the Federal Space Agency and the United Rocket and Space Corporation. President Vladimir Putin supported the idea.

"Obviously, it is impossible to reform solely the industry. Reforms should be carried out both in the field of orders, in setting technical objectives - in the system on the whole. Plus, of course, one should take the system of external factors into account. All forces must be consolidated."

"The sanctions have led to the development of import substitution programs. They produced a highly positive effect on the agricultural industry. Domestic manufacturers have started producing more. What about the space industry?

"I think it would be more correct to say import independence, rather than import substitution. There is an important difference. It works like this: you can either make a product that replaces another product that already exists on the market, or you can create something absolutely new that will will give you an opportunity to develop and grow further. This is the difference.

"This is what we need. Of course, you can not do it overnight, especially if it goes about a complex process of creating complicated electronic products. Russia needs to catch up with many of its competitors. This is a well-known fact, but it is quite possible to overcome all problems and difficulties."