Only healthy divorce can save happy marriage

Such topics as love, marriage and divorce are eternal. A variety of stereotypes and historical myths were formed around these topics through centuries. They are myths of eternal love, family duty and responsibility. It is generally believed that in ancient times, there were no divorces, families were stronger, and men are more responsible family-wise. Indeed, the institute of marriage was stronger, but not because there were no divorces. 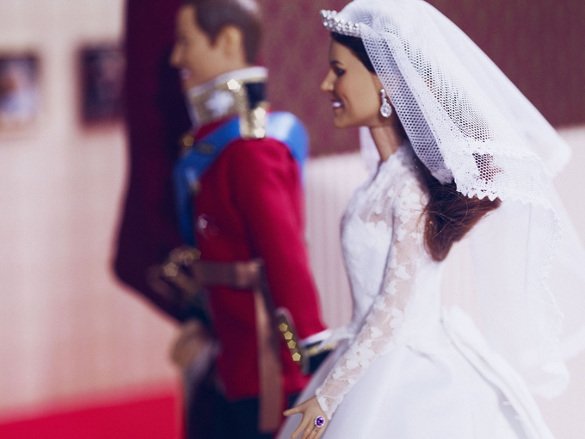 Evolution of passion and family obligations

In the 1st issue of historical magazine "Motherland" from 2015, scholars Alexander Sinelnikov and Olga Dorokhina published an article titled "Passion or duty? The evolution of marriage and family law in Russia."

Alas, there is no evolution in the article. The piece is only a collection of facts that illustrate the confrontation between "passion" and "duty".

Apparently, the authors of the article were unaware of the fact that duty and passion were unimportant in ancient marriage. Marriage used to be based on mutual support between a man and a woman. This support was cemented with love. To put it simply, one can say that family was an economic unit of society. This included farming and gardening, but also larger "businesses", such as restaurants, shipping, publishing and so on.

For example, Vladimir Lenin did not part with Nadezhda Krupskaya. He did not go to Inessa Armand. Why? Compare the photos of Nadezhda and Inessa, their outfits and their emotions. Form his early childhood, Lenin was an atheist. He despised starts laws, his fellows, Social Democrats and the Social Revolutionaries, cared two hoots about the church marriage. Finally, Nadezhda could not have children, whereas Inessa gave birth to five. Lenin was the father of one of them, some historians believe.

There was a lot of passion in the affair between Lenin and Armand. Why didn't he go to live with her? With Krupskaya, Lenin found common goal. She was his first-class secretary and party accountant. Nadezhda Krupskaya was engaged in counter-intelligence within the party.

History of divorces in Russia

As for divorce in Russia. To begin with, one should say that divorce was normal for the pagan Slavs. The ritual would be conducted in one day. Spouses or their relatives were supposed to publicly rip a towel, a belt or another garment either over running water or crossroads. After the ritual, the couple would be considered divorced and was allowed to remarry.

After Prince Vladimir Svyatoslavovych baptized Rus', it did not change the practice of divorces. During the first 300 years, Christian traditions would penetrate into people's lives slowly, especially in provinces.

In the XV century, Russia was divided into vacant land and territories controlled by fierce Moscow autocrats. Moscow lords united Rus' with fire and sword, which corresponded to the "historical progress." One should say that they did it with less blood if compared with Spanish, French and English kings. This does not mean, though, that the population of the Great Novgorod lived worse Muscovites until 1480.

In Novgorod, Pskov, Khlynova (Vyatka) and several other cities, the supreme legislative and executive authority was the Veche, or town's meeting. Divorce was as free as in the pagan Russia. Noteworthy, the social status and rights of women in free cities were much higher than in Moscow. For example, in Novgorod, no one would look with a jaundiced eye at a woman, who was divorced three or four times.

On the Don, to divorce his wife, a Cossack was supposed to take his wife into a circle and say: "You are no longer my wife". Immediately afterwards, another Cossack could step out of the circle and cover the woman with a flap of his coat. If the woman showed no resistance to this act, it was considered that she has married another man.

In the Moscow State, divorce was extremely difficult. Rulers made the rules for divorce complicated to subordinate people as much as possible. The rulers, though, could divorce as often as they wanted.

Here is a classic example. Ekaterina II officially made favoritism an essential public service. At the same time, she would mock at Alexander Suvorov, preventing him from divorcing his depraved wife, of whom both capitals (Moscow and St. Petersburg) were gossiping.

Divorces in the Russian Empire

Divorce in the Russian Empire could be made only by the Holy Synod. The chief prosecutor was the head of the Synod. The prosecutor was a civil servant appointed by the emperor. However, it was emperor himself, who was supposed to give permission for both divorce and marriage for members of the royal family and aristocracy.

It is important to note here that severe rules of divorce in Russia would be applied only to Orthodox believers. Representatives of other confessions could divorce by their own laws. For example, before 1917, Muslims were practicing legal polygamy and rapid (within minutes) divorce.

In 1886, the struggle of the Holy Synod against divorce almost led to the all-European war. In 1868, Paris hosted the wedding of Prince Konstantin Gorchakov, the son of the Chancellor of the Russian Empire, and 18-year-old Princess Maria Sturza, the daughter of the king of Moldavia.

Despite his title, family history and ties, Konstantin failed to build a good career.  All he was good at was drinking and having fun. As a result, in September 1885, Maria filed for divorce as the St. Petersburg Consistory. On October 4, a decision on "pastoral exhortations" of the spouses was made. Gorchakov did not come for the hearings on December 5 and 15.

It is easy to understand the price. The case was about Maria's enormous territories that she owed in Bessarabia. The Gorchakovs would be automatically deprived of all that property in case of divorce. Maria had no chances to divorce her husband in St. Petersburg, and she appealed to the Ecumenical Patriarch of Constantinople Joachim IV.

Given the fact that Maria remained a national of Romania, on February 27, 1886 she was given a divorce on the grounds of the Byzantine law.

The Russian Ambassador in Constantinople Nelidov and several Russian ministers launched a campaign against the Patriarch. The Russian Courier newspaper wrote: "The case may take international scale." Due to illness and bullying, Patriarch Joachim IV left the throne on December 14, 1886. Dionysius V became the new patriarch. "The Church Herald" - the official mouthpiece of the Holy Synod - erupted with threats against the patriarch: "The spell of Dionysius did not stop us from entering Adrianople and will not prevent us from entering Constantinople either."

On Malta, British battleships started combat preparations. After the situation took such a dangerous development, both the Synod, and ministers stopped talking about Constantinople and Maria Sturza.

The authors of the above-mentioned article "Passion and duty" say: "The liberalization of divorce laws has not solved any of the problems ... If the society recognizes passionate love the highest value, then divorce, adultery and concubinage and seen as a normal phenomenon based on passionate love ... Laws have changed, but family crisis has only worsened and continues to deepen."

Today, an 18 or a 25-year-old man may find himself dressed in a wedding suit a few days after meeting his girlfriend. Ninety-nine percent of those men did not even think of starting family at their young age.

As a result, it is now required no simplify rules for divorce, to make it a one-day process that can be started even at the request of one party.

Nowadays, we can see female MPs in the State Duma making publicity for themselves on the topic of family violence. Their only recipe is for wives to report on husbands to put men in jail. Those women have not even tried to find out the number of people, who do not live together, but are formally listed as married individuals. Many of them applied for divorce, but could not receive it because of "humane" laws.

Many started new families, but they have to live on "Swedish family" principle, sharing children, money, housing and so on. It is the introduction of marriage contract that can save people's family lives. People should have a right to include everything into this contract that does not contradict to the Criminal Code. When a schoolboy, I envied Jacqueline Kennedy and Aristotle Onassis, who had 81 articles in their marriage contracts.

Read the original of the article on the Russian version of Pravda.Ru