Worldwide, the gap between rich and poor is at its highest level in 30 years

PARIS / FRANCE - The gap between rich and poor in the OECD countries reached its highest level in 30 years, an increase that harms economic growth, according to the Organization for Economic Cooperation and Development. In these countries, the income of 10% of the richest population is 9.5 times that of the poorest 10%. 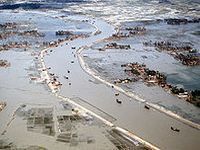 The OECD has 34 member countries, mostly developed, such as the United States, European Union, Australia and Japan, but also emerging as Mexico, Chile and Turkey. Brazil, China and India are not part.

The current report reflects an increase in inequality between rich and poor. In the 1980s, the richest earned a maximum of seven times that of the poorest.

In 30 years, the average income of the richest families progressed. At the same time, the income of 10% of low-income families also increased in several countries, "however, more slowly in the years of economic growth," before coming "back during the crisis period," the report says.

The largest increase in inequality was observed in the United States, Finland, Israel, New Zealand, Sweden and, to a lesser extent in Germany. France, Belgium and Holland encountered during this period a slight variation in inequality. The exceptions were Greece and Turkey, who have seen the gap between rich and poor decrease.

The worsening inequality affects growth, according to the OECD. "The increase in inequality has cost more than 10 points of growth to Mexico and New Zealand, about 9 in the UK, Finland and Norway and 6-7 points to the United States, Italy and Sweden", estimates the organization.

By contrast, a "more egalitarian situation before the crisis" assumed an increase in GDP per capita in Spain, France and Ireland. According to the OECD, the negative impact of disparities in growth is a gap that separates 40% of households with lower incomes from the rest of the population.

Under-investment in education of these families, which limits the possibility of their children’s education, and social mobility and skills development, reinforces this difference, the report adds.

For the OECD, "the educational attainment of people whose parents have a low level of education, deteriorates as the inequalities of income are more pronounced."

The organization pointed out that the fight "against inequality through taxes and transfers does not affect the growth." Public authorities should guide these aid policies for these 40% of the poorest families, among which are the lower middle class.

In addition to programs to combat poverty, the OECD recommends increasing access to public services (education, training and quality of care), which "must be reflected in the long term, greater equality of opportunity."