Slavery of 21st century: Not a sign of relief

Pravda.Ru has prepared a series of reports about slaves in Dagestani brickyards. Slavery is thriving not only in the Caucasus but also in the central part of Russia. Journalists draw the attention of law enforcement agencies to the problem, while tens of people remain in captivity. This report is about the storming of a brick-making factory in Dagestan and the release of people on a farm in Russia. 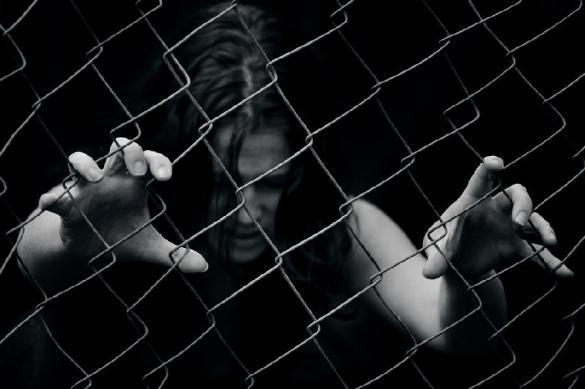 "He will not let us go. We have our documents, no one has taken them away, but still, he will not let us go," a poorly dressed man and his friend are walking on spring slush near a large farm in one of the regions of Russia. "Shall I just come, take my stuff and say I'm leaving? We're leaving?"

"Come on, what are you afraid of? Do you know, how many of such people I have shot in Dagestan?" says the young man who came here to take these two men, who did not even dare to leave the farm.

A few minutes later, when the farm is very near, a man of Asian looks appears on the road. He is carrying a bucket in his hands and is wearing rubber boots. He had no interest in looking at those two. His eyes were on the man, whom he did not know.

"On the ground, now!" The two men stay behind when the stranger pulls out a TT gun and attacks the Asian. "Why do you keep people here, you bastard! Lie still, or I'll shoot you! Face down!"  The "farmer," lying on the ground, mumbles something and tries to breathe while being kicked in the stomach. The two men are quickly running towards the farm, while the armed man is staying with the one on the ground. A few minutes later, the two return with sports bags, quickly jump into the car nearby and wait for the driver. The owner of the car, he's the man with the gun, kicks the Asian a bit more and quietly sits behind the wheel, taking the "indecisive" men away from here. This is how they release people from slavery.

It is hard to believe that slavery in Russia still exists. Police reform, powerful demonstrations of law enforcement agencies, FSB reports on the progress of complex works in the fight against terrorism, surveillance camera, smartphones,  GLONASS, high-speed trains, the Internet - nothing helps. They still look for disappeared people for years, their photos are everywhere. When the police close such cases for statute of limitations, some relatives of the missing people put up a monument over an empty grave and visit the grave for years afterwards to take a look at the person on the photo. Sometimes, people on the photos appear alive, they come home out of nowhere. After all, it rarely occurs to anyone that slavery still exists and prospers.

"Get the dog away!" A policeman with a Kalashnikov swears somewhere in the dark, standing near a minivan. A man, covered in dust, comes from the darkness.

"Well, shall we go?" Two employees of the Dagestani police walk ahead, others are rambling somewhere in the dark. The local police are well familiar with a small brickyard in a district of Dagestan. It was reported that this is the place where they keep Russian slaves. Judging by the weary and tired faces of police officers, for them this is not a discovery either. The police received the information from Oleg Melnikov, who came to Dagestan together with his volunteers. Oleg arrived in Dagestan to bug the police to such an extent that they wear bulletproof vests, take guns and settle it all down quietly.

"Citizens, everybody sit on the ground, enjoy your meal," a police officer says, apparently of Dagestani nationality, while entering a small room where eight people were eating. Some soup and bread - this is all the food they get.

The police, in the presence of the owners of the brickyard, start to ask questions. The people are scared, and it seems that they answer with the phrases that someone had put in their heads before. "I came to work here, I like it." It then turns out that only two men in the room have passports. Others have no documents at all.

"How did you find yourself in Russia, dear? How did you cross the border without a passport?" the officers ask a man in his forties, who just said that he came from Belarus. There are actually no borders between Russia and Belarus, but the officer continues interrogation. One of those, who, at the request of policeб went to pick up his ID, was stopped in the hallway by volunteers.

"Have they taken your documents away from you?" - whispers one of them, who arrived together with the police. "No, I've always had my passport with me. Why would they take it?" - the man whispers back, finally speaking his own mind, rather than someone else's. "Do you want to go home? - a volunteer asks. "Yeah, I will, we will go home!" the man responds.

The slaves, who work at the factory, are mainly from Russia, Belarus and Ukraine. The are Slavs.

After a brief investigation, all the workers were taken to a local police department for "registration." All that the owner of the factory may incur is an administrative fine for the employment of unregistered workers. That is all. Speaking about slavery and, moreover, proving this fact is virtually impossible, despite the words from the people, who lived in captivity.

"Alex worked with us, I do not know where he is from. He was going to leave home, but they took his passport from him and beat him hard. Alex did not realize where he found himself," a pretty girl talks about her experience at a brick factory near the Caspian Sea, where she had been held for several months. "Magomed beat him, and Alex stayed to work. Where could he go? There was also an old man working here with us. He was working for a long time. They would beat him too, they broke his leg. We were not given a rest. If we wanted to leave at least ten minutes before work was finished, they would tell us that we would have to work another shift, non-stop. They'd beat and humiliate us."

The girl, who was telling the story, was pregnant, while living in slavery. Everyone knew it, but she had to work as hard as others. "Of course, everyone knew. They took me to hospital, a doctor examined me there. I was sick all the time, I told Magomed. The doctor wrote that I needed bed rest, and when he learned that I was  working at the brick factory, he brought me to Magomed and said: "She must not work, there is a risk of miscarriage. But they made me work anyway."

The woman lost her baby. She was freed from captivity. However, she has not written a police report. "They threaten me, but I'm not afraid of anything," says the woman. "If there's a need for a report, I'll write it," she said. No one needs her report, as it appears, especially the police.

The owners of the brickyards, at which slave labor is used, receive incredible profits. We have no direct evidence to prove that the police receive a share of that profit, but we have testimonies from former prisoners. One shall assume that the police prefer not to interfere.