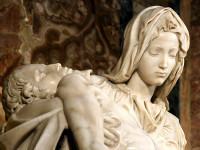 Certain religious traditions, including Christianity, emphasise the importance of forgiveness. I want to explain why forgiveness is misconceived and, therefore, a bad idea. And why there are important psychological reasons for this. In essence, the key question is this: What is the appropriate psychological response to inappropriate behaviour if we want change in the direction of improved functionality in future?

Hominids evolved over millions of years giving evolution a tremendous amount of time to produce a species that was both physically and psychologically functional. By giving homo sapiens the potential to have emotions such as love, compassion, empathy and sympathy, as well as the mental function of conscience, humans have the potential to develop an enormously powerful 'built in' moral compass - what Gandhi called their 'inner voice' - to guide their life. And if you follow these internal guides, you do not behave in ways that are moral or immoral according to some social prescription, you are doing what is functional. Moreover, this might include conscientious disobedience of an unjust law.

A functional human society nurtures our genetic potential rather than trying to replace it with socially determined laws, rules, commands, morality, ethics and religious guidance, many of which run counter to what evolution intended. Obviously and tragically, modern societies fail to nurture our genetic potential and the failure of the externally imposed legal, moral and religious code to be widely internalised is palpably obvious for everyone to see: we live in a world of phenomenal violence. See 'Why Violence?' http://tinyurl.com/whyviolence

If someone behaves badly towards you for no reason that can be traced to your own behaviour, they do so because their mental processes are not functioning as evolution intended, probably because of previous social interference. This means that the feedback they are using about your behaviour has been inaccurately perceived by their sensing capacities (particularly their hearing and sight), the feedback has been inaccurately interpreted by their mental functions (which must include memory, intellect and emotional responses in this context) and/or there is a significant dysfunction in the connection between how they intend to behave and how they actually behave.

Whatever the cause of their abusive behaviour, however, the person needs accurate feedback about their behaviour in order to be able to correct their misperception, misinterpretation or dysfunctional response. And they will learn most quickly and benefit most directly by receiving honest feedback about their behaviour. Forgiveness is simply inappropriate and most unhelpful and people who are 'forgiven' are given neither important feedback nor appropriate incentive to reflect on the cause of their behaviour and its adverse consequences. And those who forgive are doing them a great disservice.

Interestingly, if we consider why people forgive, we will usually find that it is not out of any magnanimous or charitable motive. People usually forgive because they are afraid to challenge the poor behaviour of others. And they then dress it up with something like 'it enables us to move forward'. The problem is this, however. If the person has not received honest feedback about their behaviour and made some effort to understand why it occurred in order to be able to act differently in future, then the likelihood is that the person will repeat the bad behaviour at the next opportunity, even if they have been forgiven.

So what do we do instead? If someone has behaved inappropriately towards you, the courageous way forward is to have your own natural emotional response to this behaviour whether it be sadness, anger, fear or calm acceptance. Once you have given appropriate attention to your own feelings, which will guide you to defend yourself vigorously if this is necessary, you also have the option, if you feel able to do so, to provide listening so that the person behaving badly can work out why they did so and work out what will need to happen so that they can avoid behaving badly in future.

This might require considerable emotional healing. It also requires that the conflict be engaged with compassion and without blame or punishment by the listener. However, if either you or the other person does not feel the feelings about the conflict, then it cannot be resolved and these feelings (which may well be suppressed below conscious awareness) will undermine any effort to achieve resolution irrespective of the sophistication of your conflict resolution process.

The listener might start by asking questions such as: 'How did you feel at the time? Why did you behave in this way? What was happening for you that made this happen?' And then listen to the person who behaved badly while they try to work this out by feeling the feelings raised by such questions; this might involve uncovering deeply suppressed feelings about how they were treated as a child. For more information about this, see 'Fearless Psychology and Fearful Psychology: Principles and Practice' http://anitamckone.wordpress.com/articles-2/fearless-and-fearful-psychology/ Whether you are the person to listen or they should seek out someone else to listen, is something you should consider carefully. No-one is the appropriate listener in every context, no matter how good they are at listening.

The outcome for which to aim is enhanced mutual understanding and improved behaviour on the part of the perpetrator. If the perpetrator genuinely understands why they behaved as they did and understands what they need to change, and is willing to undertake to do this, and the victim understands this as well, then mutual understanding, acceptance and trust is the appropriate and desirable outcome and forms the basis for an improved relationship in future. And any decision about the appropriateness of an apology and/or compensation can be easily negotiated in this atmosphere.

If no understanding can be reached or the offender breaches any agreement, then the victim has the option of noncooperating with the perpetrator by discontinuing the relationship until the issue is resolved.  Of course, the conflict might never be resolved in which case discontinuing the relationship permanently is the obvious and appropriate option. Staying in an abusive relationship, including one in which a person endlessly needs forgiveness, is never the right answer.

Tragically, children who are trapped with violent parents in our world of nuclear families are unlikely to have a viable alternative to remaining in the abusive relationship. Hopefully, we will move away from nuclear families as society evolves in response to its current interrelated crises. See 'The Flame Tree Project to Save Life on Earth' http://tinyurl.com/flametree

Of course, if you are the person who has behaved badly, then it is you who will need to consider the question of 'why?' And this might be quite painful although it will always be liberating too.

If you want an end to all forms of abusive relationships, then you might like to consider joining the worldwide movement to end all violence by signing the online pledge of 'The People's Charter to Create a Nonviolent World' http://thepeoplesnonviolencecharter.wordpress.com