Red is primarily associated with blood. No wonder the color is often present on national flags as a symbol of struggle for a just cause ... What about the people who like red? Recently, researchers at the University of North Dakota found that the red color is associated with aggression. They proved it in an experiment, to which they invited volunteers. 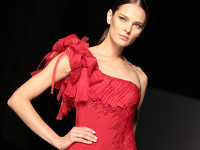 There is a saying - "fools like red." It is generally believed that people choose red because it attracts attention and catches the eye ... Love for the red color and its shades speaks about the demonstration of aggression, rather than the desire to attract attention, U.S. psychologists concluded.

Individuals were asked what color they liked more - red or blue. At the same time, the volunteers were subjected to personality tests. It turned out that those who opted for red, were more prone to hostility in interpersonal relationships.

In the next stage of the research, the participants were offered to look at faded images, on which it was difficult to distinguish colors. They were asked to say, which color dominated on pictures - red or blue. The people, who named red as the dominant color, had more signs of potential aggression towards others (by 25 percent). For example, they were more often determined to fight back if other people's interests affected the ones of their own.

Finally, the volunteers were asked to choose two scenarios of behavior in a given situation. Lovers of red would more often choose the scenario, in which they harmed another person. Lovers of blue made ​​it less often.

What is the secret? Scientists believe that such preferences are based on evolution changes. For example, in ancient times, warriors painted their bodies with red paint to look intimidating to enemies. Many wildlife species turn red when they sense approaching danger. Therefore, the red color is directly associated with danger. Suffice it to recall the notorious red cloth used in bullfights. Earlier studies also showed that people preferred red in a state of anger.

The red color is an irritant. Therefore, psychologists recommend to use red only in non-residential premises, where people do not spend much of their time - hotel lobbies, restaurants, etc., but never шт living rooms, especially bedrooms. In such circumstances, it is difficult to relax, but very easy to feel uncomfortable ...

Red is subconsciously associated with sex. Remember the "Red light district" in Amsterdam. Red is also often used in the interiors of call houses. Red linens are usually used solely for sexual pleasure, not just for sleep.

The roots of the tradition go back to ancient evolutionary past. Thus, female baboons redden noticeably during ovulation, which becomes a signal to males that females are ready to copulate. Genital redness among practically all warm-blooded animals indicates willingness to sex. Humans are no exception.

Those women who like red clothing and lingerie are traditionally referred to as "lady vamp" or "femme fatale". It is believed that if a woman puts on a red dress, it means that she wants to find a sexual partner. This is also a demonstration of aggression directed to sexual intercourse.

According to psychologists, single women having no partners like to wear red outfits. Consciously or unconsciously, they tend to look provocative to increase their chances of being selected.