Yaroshenko vs. Magnitsky: Find the difference

Russian diplomats met with Konstantin Yaroshenko serving his term in the United States and discovered him in a condition close to a heart attack. Why are the Russian public and the authorities not raising the alarm about human rights violations in the United States? Think about Sergei Magnitsky whose death in a Russian prison led to an anti-Russian law adopted by the United States. 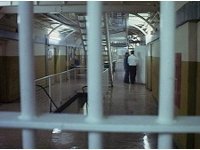 The diplomat noted that Yaroshenko recently underwent a severe infectious viral disease, but was not offered a complex medical treatment, only partial, limited tests. "Russia was not provided with the results of the tests, only informed that Yaroshenko's health did not concern prison doctors."

"I cannot say whether he was tortured, but I visited American prisons," told Pravda.Ru Maria Kannabikh, chairperson of the Public Council under the Federal Penitentiary Service of Russia, member of the Public Chamber of the Russian Federation, and President of the Foundation for Prisoners, a human rights activist. "American prisons are quite heavy. Medical help is at a decent level. But they do more for their countrymen than foreigners. It is difficult for me to judge Yaroshenko's case. However, our leadership should take care of its citizens, I am convinced of that. He needs to be pulled out of the U.S. prison in any way possible. Even if a person breaks the law, the Constitution must still protect him. The Public Chamber will certainly discuss this issue."

The Russian pilot was arrested in Liberia in 2010. He was transferred to the U.S., where he was charged with drug trafficking and sentenced to 20 years in prison. According to the Russian side, before extradition to the United States Konstantin Yaroshenko was tortured. Moscow has repeatedly urged the U.S. to respect the Russian's rights guaranteed by international conventions.

However, the appeals to the U.S. authorities are not numerous. If the U.S. government does not bring to court cases of mistreatment of Russian adopted children, fabricates criminal cases against Russian artists and businessmen, does not provide health care for Russian prisoners, we can raise the question of bias of the American authorities towards Russian citizens in the spirit of the Cold War.

Why is Russia silent? Why there is no document in the case of Yaroshenko similar to the "Magnitsky Act"? "Russia is an international gentleman, it can only communicate through the Foreign Ministry protests and not much else. God forbid our citizen will get into a similar situation abroad," told Pravda.Ru Yan Zelinsky, a member of the Liberal Democratic Party and the State Duma Committee on International Affairs. "The U.S. may go to war in any country if the rights of its citizens are violated. Israel began military actions against Palestine after its ordinary soldier was captured. Russia would have to learn from them, but for the past 25 years we have not learned anything. Think about Nikita Khrushchev, as much as we are badmouthing him, he always defended the Russian, Soviet people. He did not care about the opinion of the European Community. Today, our leadership is very concerned about this. I have repeatedly spoken on this issue on the committee and in plenary session of the State Duma and personal appeals to the Minister Lavrov. I will continue doing it.

"Why don't we have a Yaroshenko Act? Russia is led by the United States, it wants good relations with it, wants to be friends, even though the U.S. has never been friends with Russia, will not be and does not want to be," said the deputy. He complained that if such initiative is proposed in the Duma, it will take the right turn only after the approval by the presidential administration. "There are similarities with the Magnitsky case," Zielinski said. He did not rule out that the issue in this context will be discussed in the Duma.

Oleg Kulikov, deputy chairman of the Duma Committee on Health, Secretary of the Central Committee of the Communist Party on the Information and Analysis agrees that the issue is worthy of a discussion by the highest legislative body. "The rising interest to Yaroshenko's case is a good signal for me," said the deputy. "Generally, it is a fact of international piracy, and this topic is worthy of attention. With the Magnitsky Act the Americans are retaliating for their political defeat, and our citizens are a bargaining chip." Kulikov also does not see prospects of a discussion on Yaroshenko's case without direct directives from the above. "You know that decisions are made at one level - at the presidential level," said the deputy.

Pravda.Ru asked Pavel Krasheninnikov, a representative of the ruling party "United Russia," chairman of the State Duma Committee on Civil, Criminal, Arbitration and Procedural Law to comment on the opinion of his colleagues. "I cannot say anything, the situation is monitored by the Foreign Ministry, in terms of legislation there is nothing we can do. Of course, diplomats cannot lose sight of anything, it's obvious," said Krasheninnikov.

Kirill Kabanov, a member of the Presidential Council on Civil Society and Human Rights also minimized the prospect. "Russia is upset, the issue is discussed in the Human Rights Council, we are discussing how to support him," Kirill Kabanov told Pravda.Ru. He thinks an examination needs to be conducted to understand the state of his health. "Then there are lawyers, there is MFA, it's their job. Our goal is to support the Ministry of Foreign Affairs, make sure Yaroshenko has access to doctors."

Kabanov believes the idea of "Yaroshenko Act" should not be discussed. "You can't respond to a stupid move (Magnitsky Act) with another stupid move. This is not a position of a strong player," said Kabanov. "I believe that the U.S. has made a mistake by adopting the "Magnitsky Act" because now we see that it does not work, and is used to exert pressure, including on companies and businesses. Our leadership does not take a defensive position," the expert said, "their position is wiser. They are calculating the consequences of not only economic nature, but also political. There is no place for emotions in politics," summed up Kabanov.

Why is the U.S. dictating and imposing on the world their view on human rights even though they violate them more than others? All experts were unanimous in saying that the problem is the mentality of the Americans who seriously believe that they do not violate anything, and even UN resolutions are not important for them. "If someone objects, they need to be bombed and destroyed," said Jan Zielinski.

"This is the way the system of intergovernmental relations works when dominant countries promote their interests and often not entirely in the right ways. This is neither good nor bad, it is just realities that exist," said Kirill Kabanov.

"When the Soviet Union was strong, our citizens were not treated this way. This is an issue of a large number of allies, and now we have a unipolar world whether you like it or not," said Oleg Kulikov.