The question of who lives at the expense of whom in the EU and who owes whom, migrants to the local population, or vice versa, is the most discussed in Europe. The issue is not foreign to the UK that has been promoting its policy of multiculturalism for many years. Pravda.Ru talked to experts to find out whether this policy was advantageous. 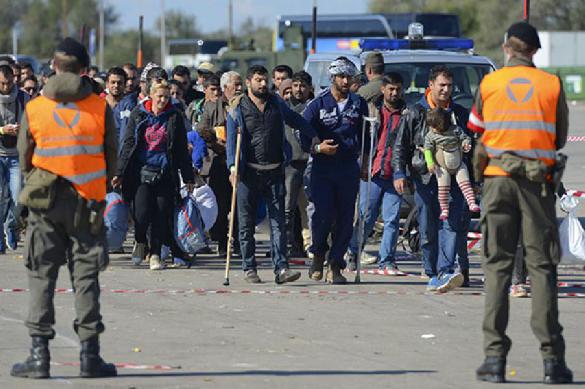 Britain in recent decades has been flooded with immigrants from former colonies, which led to an increase in ethnic tensions in the country. The attempts to implement a policy of multiculturalism (failed in other European countries) have failed in the UK as well. This has been repeatedly stated by European political leaders. Kind statements by politicians and talk of tolerance could not quite muffle the mutual dislike. In the spring of 2013 in South London two British citizens of Nigerian origin killed a British soldier Lee Rigby, stabbing him in front of startled citizens.

One of the criminals, 28-year-old Michael Adeboladzho demanded the witnesses to film his performance on their mobile phones. The offender covered with blood said: "An eye for an eye, a tooth for a tooth. Do you think that after this David Cameron will protect you, do you think he will suffer when we take up arms? No, ordinary people will suffer, you and your children. The peace will come only after your government withdraws its troops."

After this incident, Britain has faced a wave of anti-Muslim protests.

It is important to remember that the vast majority of immigrants come from the former colonies of Great Britain. Liberation of the colonies has happened not that long ago. The last colony of the British Empire has gotten rid of oppression only in the second half of the 20th century.

The colonial policy was replaced by the policy of multiculturalism, as immigrants from former colonies rushed into the UK and other European countries. These people were driven by dire necessity, to escape hunger and poverty they faced in the countries ruined by the colonial regime. The former colonizers have greeted them warmly. They offered social benefits, language courses, and education - everything to help the immigrants to adapt. Has an understanding been reached, or have the immigrants remained foreigners? Are the words of tolerance a mere formality with a fire of hatred smoldering beneath?

Andrei Kulikov, a Senior Researcher with the Center for British Studies responded to the question of Pravda.Ru as follows:

"The relationship of cultures, ethnicities, and races is currently a serious problem for the UK. When developing new educational standards, there are attempts to combine Islamic and Christian components. The number of Muslims in England has recently increased, which is due to immigration and the fact that such families usually have multiple kids. Immigration is a very significant development for England. According to the last census, in some cities of England the number of immigrants is nearly equal to that of the indigenous population. One of the problems is that the newcomers tend to settle compactly, forming if not enclaves, then something similar to them."

According to the expert, there are problems between the British and the immigrants, and they need to be addressed.

Renat Bekkin, an Islamic studies scholar, a writer and social activist, editor in chief of the literary and philosophical journal Chetki: "I would not say that the policy of multiculturalism has failed, although, of course, there are some excesses on both sides. Anyway, there are no alternatives at this time. Problems are rooted in the social sphere, it is an inevitable result of the development of the capitalist society. In crisis people are always looking for enemies, in this case immigrants. But I think that in the near future some way out should be found. The government should spend more money for the immigrants for their adaptation and education. The increased hatred is associated with economic problems. Aggressive Islamists are no different from the right British nationalists. As for the tolerance, there needs to be less formalism and more work to include immigrants in decision making. There are still restrictions on entry."

A British political activist, leftist Ayo Benes who immigrated to England several years ago has a similar opinion:

"Generally, the relations between the nations are OK. Of course, there are British who look at migrants with suspicion, especially those of color. There are immigrants who criticized the British for their laziness, snobbery, living on social benefits at the expense of hard work of immigrants, etc. But on average the relations are quite smooth. Incidentally, the myth that benefit recipients are immigrants is not true. Benefits are mostly paid to the British, who also arrange all sorts of tricks to obtain public housing.

As former Prime Minister Gordon Brown of the Labor Party said, thanks to immigrant workers, the country has managed to revive the economy and avoid sliding into the abyss 15-20 years ago. Most immigrants work hard, and this is precisely why England is one of the wealthiest countries in the EU. Before, there were slavery and the colonies, and now these people will come here and gladly agree to be slaves and work hard on the same construction sites 12 hours a day.

However, the multiculturalism is a progressive ideology, and it works. It is not a government program, but an objective process when people see that representatives of different cultures and religions live around them, and begin treating them as equals.

The reasons for the discontent lie in the economy. The crisis has led to unemployment and social issues, and someone is trying to blame it on immigrants. But this is not the case, and the problem is a crisis and cruelty of capitalism.