The Way of the Warrior: Hagakure

"I have found that the Way of the Samurai consists in death. When it comes time to choose between life and death, it is best to immediately choose death. It is not difficult, you just need to decide and move on. Those who argue that die without having achieved their purpose is to die in vain, practice a Way of merchants". 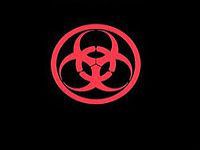 This is the terrible beginning of Yamamoto Tsunetomo's Hagakure.

A book that in the form of findings, maxims and precepts, accounted for generations a sort of spiritual breviary for all Japanese who had embraced the way of the warrior. Or for whom intended to embrace it.

A cursed book, according to the American occupation forces in Japan. A book so hated that the Americans were engaged with zeal in an attempt to remove his memory, by burning thousands of copies. The Americans imputed to Hagakure the intense nationalism that the Japanese had shown up to the stinging defeat of the Second World War. The phenomenon of kamikaze and mass suicide instead of surrender, even among civilians, was also brought up to the Hagakure and its teachings.

Thus, the winners tried to burn every existing copy but failed to do so and now the book is well-known all over the world, studied, yet loved or hated by the readers.

Hagakure was not written by Tsunetomo himself but by his only student Tashiro which contradicted the will of his master and did not burn the first transcript of their conversation, which took place from 1710 to 1716. The result was a book that was once considered a precious treasure by the samurai of the clan to which Tsunetomo belonged and centuries later became one of the cornerstones of samurai literature.

During the years when Hagakure was written, the unification of Japan had already been done for more than a century and the samurai class already manifested the decadent traits of the peacetime.

Peace brought with it, in fact, stability and prosperity and therefore the need for competent administrative officials rather than legions of warriors always ready for battle. The closure of borders imposed by a government who feared the political and religious interference of Spain and Portugal, also prevented the launch of military campaigns abroad so that many samurai found themselves more and more to live the contradictory situation of warriors who were fighters only in potential. Many of them even found themselves out of work, becoming ronin, masterless samurai forced into a wanderer and very hard life, or to the death by suicide, the only way to escape the disgrace of poverty.

Tsunetomo teaches looking to the future because he fears the decadence that he sees meander in the present and remembers with regret the splendor of a period gone he never lived. A time when men were confronted with each other on the battlefield and faced their truth, without being able to lie.

He himself was a samurai of modern times: he had never participated in any war or battle or duel and, outside of his training, he had never experienced the harshness of real military life during wartime.

He had always been, however, a faithful vassal of his Lord, embodying the ideals of loyalty and dedication that had their roots deep in Confucian and Buddhist culture that Japan had borrowed from China. But Tsunetomo was so out of historical time that he could not even practice Junshu at the death of his feudal Lord. He could not, that is, carry out the suicide for loyalty he had promised many years before and that always had been granted to those samurai who had vowed not survive the death of their daimyo: few years before, in fact, it was passed a law prohibiting such acts. As an alternative, he was allowed to pronounce his vows and become Buddhist monk until the end of his days on earth.

What about talk Hagakure?

Talks about loyalty. Dedication. Courage. Ethics. But not only.

It talks about a typical concept of Japanese culture of that time and, to varying degrees, contemporary: the "giri", the moral debt that you have with those who came before us and before us has been able to accomplish great things. Giri is an idea also present in other cultures but not always in a manner so marked as in the Japan of samurai. Needless to say as in the contemporary western world, dominated by consumerism and the lust for money, this concept sounds outdated and anachronistic to the ears of many people.

Hagakure speaks of death and how to deal with it daily, for example calling to look daily at yourself as if you were already dead: the acceptance of this fact, according to Tsunetomo, brings the ability to live a balanced and ethical life. This is an interesting point because there are Christian religious orders whose monks have a habit of greeting explicitly remembering the inevitability of death. The reminder of the transience of human existence should lead the person to act righteously and with balance in everyday life.

Hagakure is also a continuous exhortation to moderation of the senses, feelings, expectations, words, acts and gestures. Because if it is easy to fall into a critical situation due to a word spoken lightly or a gesture made even without bad intentions, however, may be difficult to get out. And the only way to get out from a critical situation can only be by seppuku, the ritual suicide of which Junshu was one of the variants.

Tsunetomo was steeped in Buddhist sentiment and this shines through in the exhortations to respect for all living creatures. It may seem a contradictory behavior but that of the samurai was a complex figure and the absence of a state of war continues between feudal clan had favored the emergence of different features in the same figure of a warrior.

Hagakure is a work written in an era now passed, and some cultural references are difficult to understand for the contemporary men but in its essence it remains a work that offers much food for thought. Knowing choosing and adapting to the spirit of the times, it can be a great tool for everyday life.

There are, i.e., parts of Hagakure that cannot be transposed directly into the crooked and deformed society in which we live today but, instead, other parts can be adapted. Courage, loyalty, respect, commitment, attention continuous and precise: these are all features that modern men can cultivate like the samurai of ancient Japan.

In fact, these qualities are timeless because they belong to human nature and are the foundation of the rule of law and, even, of a democratic society.

The figure of the samurai as a warrior willing to make the supreme sacrifice for loyalty to his Lord, saw a large and diverse film production.

Apart from the Japanese film production, boundless in its vastness, it is interesting to note the beautiful Jim Jarmusch's Ghost Dog in which an eclectic Forest Whitaker plays the part of a samurai contemporary, colored, in the pay of an Italian-American mafia boss.

A character with negative traits, and in some ways doomed to failure, that of Whitaker, but not without its own moral and ethical. Just from the reading of Hagakure, excerpts of which appear recited in the film, you can understand the effort of self-construction of his own personality that Whitaker-Ghost Dog carries forward. Almost that the realization of the samurai epic in his daily life was, for him, the only escape from an environment oppressive and without future, like that of the slum where he lives.

As in the best tradition, a mistake (in this case unintentionally) in the line of duty, determines a chain of events that lead inevitably to the death of the character of the film. A sacrificial death that seals the rebellion of the samurai Whitaker-Ghost Dog: as we learn from the old Tsunetomo, at the end you can also take decisions running counter to those of your Lord but you must always be prepared to answer for the consequences.

We want to remember, finally, the last known junshu: after the death of the Emperor Hitohito, in 1989, a Japanese citizen performed seppuku, leaving a brief explanation. That man wrote, "I was a soldier, many years ago I swore to give my life for the Emperor".