Education: Far from the best

Dr. Janguiê DINIZ, Dean of Uninassau, the Maurício de Nassau University Center, takes a look at the latest RANKING OF University institutions, drawn up by the Times Higher Education study and assesses why there are no Brazilian Universities in the top 200. The question could easily apply to other countries. Let's take a look. 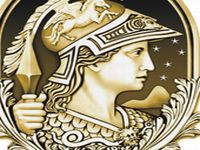 No institution of higher education in Brazil is in the ranking of the top 200 world universities. This was the result of the World Ranking of Universities 2013-2014 , published by the British consultancy Times Higher Education (THE). No less surprising, in the top 30, 22 are U.S. universities.

No institution of higher education in Brazil is in the ranking of the top 200 world universities. This was the result of the World Ranking of Universities 2013-2014 , published by the British consultancy Times Higher Education (THE). No less surprising, in the top 30, 22 are U.S. universities.

The University of São Paulo (USP), which in 2012 was the only Brazilian to appear the list of the top 200 in 158th position, is now in the group of universities placed between 226th  and 250th . The State University of Campinas (Unicamp) also lost positions and went from 251st to 275th to 301st to 350th. And it does not end there - in the ranking of the top 200, there is no institution from a Latin American country.

Extending the framework of analysis, first ranks the United States, with 77 universities, followed by the UK with 31, and the Netherlands, with 12 . Therefore, we must question: why are American universities so good, why can we not keep Brazil in the reference list in education?

The first answer, no doubt, is the low level of general education in Brazil. We must raise the level of basic education in the country. Ranking in the Times Higher Education are evaluated also student performance and academic research in engineering and technology, arts and humanities, health, physical and life sciences and the social face of such assessments cannot only popularize education, we must maintain quality. The performance of Brazilian institutions in the ranking points to the need to improve the research infrastructure and internationalization.

Focusing on another aspect, in Brazil, the goal of the vast majority of high school students is to gain a place at a public university, which are the most prestigious institutions in Brazil and whose education is funded by the state, by the Brazilian government, and the students do not need to pay for their studies. Unlike Brazil, the United States and most renowned universities of international repute are private - Massachusetts Institute of Technology (MIT), Harvard, Stanford, Yale, Princeton, among many others.

Already public universities in the United States are paid. And the vast majority of them are state-run . A curiosity in American universities is that, besides being paid , they charge higher values for students from other states. This follows because the premise that students from the same state as the university contribute to the grant of the institution paying taxes, while students from out of state contribute towards their own state. Unlike Brazil, where the student can apply for jobs in any state of the federation.

To conclude, dear reader, is the fact that while American institutions, both public and private, are paid, in the United States families open savings from early on to save money for their children's education. And these are examples that make us be sure that education in Brazil needs to change urgently.