State Duma Deputy Yelena Mizulina intends to make further amendments to the Law "On the Protection of Children." The chairwoman of the Committee on Family, Women and Children put forward a suggestion to punish people for using dirty language in social networks. 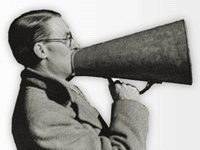 According to politician, the pages full of posts and messages containing swear words, will have to be blocked within 24 hours, if harmful information is not deleted. This should apply to pages on social networks, websites, and various forums. According to Mizulina, children can begin to see profanity as a norm. It is assumed that possible innovations will be discussed on July 30th.

The law "On the protection of children from information harmful to their health and development" was enacted in Russia on 1 September 2012. The law introduced a register of banned sites. In addition, books, concerts, TV programs and other information is now marked with special marks limiting the age of the audience.

Noteworthy, United Russia deputy Vitaly Milonov put forward a similar initiative on 25 July. He proposed to tighten control over social networks and allow people to dating sites are through their passports.

"I have not seen anything like this in our laws. Foul language is obscene vocabulary, which is not common to use in communication and in business relations. When people express their thoughts or emotions with the use of profanity, many are offended by it. Obscene lexicon is equated to disorderly conduct, there is an appropriate article in the Code of Administrative Offences.

"The scientific and technological progress is advancing, people communicate not only in the real world, but also in the virtual world. Children and students often use the Internet. For some, the Internet is a half of their life. So, it's time to initiate and adopt such amendments. I think the idea of deputy Mizulina is relevant and timely.

"Obscene language offends both children and adults. A ban on its use is not an infringement of human rights. This is a direction towards a civilized lifestyle. If we do not use foul language in real life, then why do we use it on the Internet? Deputy Mizulina calls to protect vulnerable layers of the population - particularly children. I think that this initiative should be supported," the lawyer told Pravda.Ru.