In Korea, all children are older than their European peers

We are used to counting our age from the day of birth. It turns out that not all peoples count age this way. Korea has long been using a different method of calculation. This is not the only difference, and the traditional relationship between parents and children in this country can serve as an excellent example to the rest of the world.

The countdown of children's age in Korea does not begin with the birth of a child, like in the West, but starts in the beginning of the year, rounding up the time spent by a child in the mother's womb. In addition, people become older not on the day of birth, but on January 1st, according to the lunar calendar. For example, a child born in late December of 2013 will turn two on January 1st, 2014. 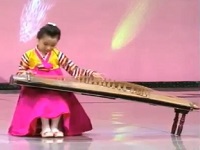 This strange, at first sight, tradition can be explained by historical and cultural peculiarities of life of the residents of the East Asian region. Unusual for the Europeans system of chronology originated in ancient China and is still widely used in other cultures of East Asia. In Japan and Vietnam the system is now used in traditional divination and religion, but it has been forever removed from the everyday life. The eastern part of Mongolia echoes the unusual ancient traditions, and the age is traditionally determined by the number of full moons since conception for girls, and the number of new moons from the birth for boys.

Koreans count their age in units called sal with the addition of Korean ordinal numbers. For example, a child born on the 29th day of the 12th month (lunar calendar) in the East Asian interpretation reaches the age of two on Seollal (Korean New Year), whereas under the Western system she is only a few days old. It is important for teachers and tutors of young Korean children to clarify whether the age they are told is according to the Korean or Western system.

Except for the legal sphere, East Asian age calculation system continues to be widely used by Koreans, but city dwellers use the traditional system more often.

The Gregorian calendar and the calculation of age from birth is officially accepted in Korea, and used in completing legal documents and procedures. In addition, it is used to count age limits for alcohol and tobacco use, the age of consent and the age of marriage, restrictions on viewing pornographic video, as well as the school and the draft age.

While the age is calculation based on the lunar New Year, Koreans celebrate the day of their birth as well.

Particularly important for the Koreans is the first year of a child's life. This tradition emerged in Korea at the time when infant mortality rate was very high. It was believed that if the child lived up to one year, the crisis was over, and that the child would live a long life. On this day, a child was blessed for prosperous future.

This holiday, Dol or doljanchi, is celebrated for all children in Korea. During the celebration the babies wear a hanbok, a special bright colored silk suit made specifically for this holiday, and a hat, a jobawi or gulle for baby girls and a bokgeon or hogeon for baby boys. On this day big celebrations and feasts are held. No matter how poor the family is, ample holiday treats are provided. Everyone from the poorest peasant child to an heir to the Emperor have this ritual. When this holiday is celebrated for the emperor's son, the magnitude of the celebrations is truly enormous, with a lavish table, congratulatory speeches and even amnesties for prisoners.

One of the most interesting rituals during the holiday is when Koreans set a variety of items on a table next to the child, each of them representing a specific meaning. The child picks something up and the adults make a conclusion on what the child will become in the future. Traditionally these items include rice, a thread, money, a brush, a book and a bow. Modern parents, as a rule, do not follow this custom too strictly, and set on their table a computer mouse, a baseball or a toothbrush. After the child makes her choice, they sing, dance and celebrate, give gifts, usually money, gold rings and clothes.

The members of the family thank the gods guarding the growing child by offering rice and traditional soup. The soup (Miyeok Guk) is served at each birthday party to remind of the suffering of the mother at birth.

One-year-olds sit next to their parents, watching the ritual in their honor. Since that day, the participation of children in traditional rituals, ceremonies and celebrations becomes a requirement of Korean life. On this day, a child first begins to understand the importance of traditional festivals, feels love and respect, gets to know family members and feels like a full member of the family. The child learns not only to treat gifts and entertainment with respect, but also for the first time feels respect for the elder and listens to their teachings and wishes. During such celebrations young Koreans get familiar with ancient traditions and rules of national ceremonies that became law for the Korean people.

Traditionally, Koreans celebrate birthdays only twice in their lifetime, at the age of one and 60. According to the Korean tradition, a child represents the divine source until the age of five or six. It is believed that after one year of age the baby's soul is fully formed, and they directly communicate with the souls of the ancestors helping them in the afterlife. This is why Korean parents spoil their children and allow different mischiefs.

It becomes apparent that in traditional Korea birth of children is given a great importance. Interestingly, according to the Confucian tradition adopted today in Korea, any person is always in absolute obedience to their parents, and not until they become of age, as it happens in Europe.

Koreans are some of the most caring parents in the world, and a question about their son or grandson is able to soften even the most unfriendly person. Korean children are given all mental and financial strength by their parents. Even if there is a conflict between the spouses it rarely affects children. Despite some oddities in determining age, the nations of the West have much to learn from the Koreans.