The Russian Union of Industrialists and Entrepreneurs (RUIE) is concerned with the ecological situation in Russia. The union offered to ban free distribution of plastic bags in shopping malls. The rise in prices on plastic bags will make paper bags more competitive. Representatives of petrochemical companies disagree with the organization. They believe that recycling is needed, rather than prohibitions. 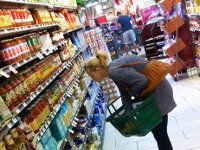 The proposal from the RUIE was voiced in early June. According to the organization, 40 countries of the country banned or restricted the production and use of plastic bags. The list of such countries includes not only Europe, but also Kazakhstan. Similar measures will soon be adopted in Ukraine and Belarus.

This situation, according to the RUIE, increases the attractiveness of the Russian market for manufacturers of non-degradable packaging that pollutes the environment. As a result, plastic deteriorates environmental conditions and leads to complications on the market of vellum and kraft paper.

The Russian Union of Chemists sent a letter to RUIE President, Alexander Shokhin, in which such measures were referred to as "hasty and not very well developed." The Union of Chemists offered to revisit the issue within the framework of a joint meeting with the RUIE about the state of affairs in the chemical industry.

"To ban is always easier than to organize recycling and disposal of plastic waste. In Germany, this figure has long reached 80 percent, while in Russia it does not  exceed 15-20 percent," the president of the Union of Chemists, Viktor Ivanov said. However, it brings up one simple question to Mr. Ivanov - why?

Everyone knows that Germany is doing very well when it comes to recycling. In Russia, it has been a problem for many years, because no one seems to care much about it. Raw materials producers are interested in bigger production volumes. They do not want to cut these volumes by recycling bags.

The research center of Superjob.ru recruitment portal wondered what common people think on the subject. It turned out that respondents (1,600 people from 230 settlements of the Russian Federation) mainly support the ban on plastic bags, although with some reservations.

According to the center, 49 percent of respondents approved of the idea to refuse from plastic in favor of paper and even shared their own recommendations on how to solve the problem of everlasting plastic bags.

For example, some said that large stores should take back empty cans, bottles and paper for recycling. One can ban both plastic bags and disposable dishes, others said.

A third of respondents (32 percent) criticized the plans to ban plastic bags. There are well-informed and environmentally concerned people among them.

For example, they suggest that it is paper producers, who are primarily interested in having anti-plastic plans materialized. If there is more paper required, then forests will be cut down at a much greater pace. Others said that there are at least two kinds of biodegradable plastic packaging. To crown it all, one may arrange the processing of conventional plastic packaging.

Nineteen percent of respondents found it difficult to take a side in the dispute.

Many, by the way, did not fail to reproach the RUIE for not mentioning anything about the absence of free plastic bags in many Russian supermarkets. A plastic bag in most food stores in Russia costs customers their money.

The research showed that there are many people in Russia, who are willing to at least refuse from something for the sake of environment. In addition, people are aware of the plastic disaster. Of course, one has to do something about the disaster urgently, and deforestation is not a solution.