Su-15 aircraft was involved in the death of Yuri Gagarin

On March 27, 1968, first man in space Yuri Gagarin died in a plane crash near the village of Novoselovo, the Vladimir region of Russia. Numerous investigations have been conducted into the incident, but the mystery of Gagarin's death still remains unveiled. Cosmonaut Alexei Leonov told Pravda.ru what he knows about the tragedy. 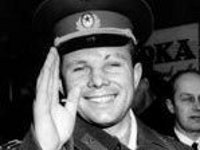 In this text, there is no ad-libbing. It only contains quotes from the people, who were involved in the investigation of the incident, in which two people were killed.

"On that day clouds were unusual - pilot-cosmonaut Vladimir Aksenov wrote in his book "The Roads of Tests." - The lower edge of almost continuous clouds was about 600 meters above the ground. Then, 4,000 meters above, there were only dense clouds. The upper edge was flat, and there were no clouds above that - there was a clear sky and very good visibility." In short, it was the "general minimum," as pilots like to describe such weather conditions jokingly.

"Gagarin and Yevgeny Khrunov were supposed to be the first to go through check flights. According to flight rules, check flights, prior to independent flights, could be conducted by the heads of flight departments, rather than instructor pilots. They could be squadron commanders, deputy commanders and commanders of regiments. So it was Vladimir Seryogin, the regiment commander, who joined Yuri Gagarin in the check flight. Another important peculiarity of that check flight was as follows: it was a flight in the area for the execution of complex aerobatics stunts. In classical training programs, the check flight and the first solo flight are performed on the so-called "box" that is, takeoff, height gain, flying around the airfield, landing approach and landing. Prior to solo flights in the area to perform aerobatic maneuvers, another check flight should be made."

Here is an extract from the book of distinguished test pilot of the USSR Stepan Mikoyan "We Are Children of War. Memoirs of a Military Test Pilot."

"The speed was 680 kilometers per hour, and the overload was more than 8. This was comparable to pulling out of dive close to the limit of human capabilities and even exceeding overload for aircraft. The time determined by imprints of the hands of the remains of aircraft clock and Gagarin's watch differed by about 15 seconds. That moment occurred only in 45-60 seconds after the last broadcast from Gagarin that was recorded on the magnetic tape."

Another excerpt from Mikoyan's memoirs: "Gagarin and Seryogin stopped the self-rotation of the plane, that is they actually pulled the aircraft out from the spin. To pull out from the dive, they needed nearly 200 meters of extra altitude, although the piloting was being conducted professionally, at the limits of the aircraft. The analysis of the muscle tissue of hands showed that it was Seryogin, who was piloting the plane at that moment."

"For 20 years, I was struggling to tell people the whole truth about the death of Yuri Gagarin. Now I'm the last living member of the committee that was involved in the investigation of the death of the planet's first cosmonaut. Stepan Anastasovich Mikoyan is also alive, but he was on the other side. I heard the explosion, I heard supersonic sound, I heard the voice.

They wrote then officially that the plane, in which Gagarin flew, made a sharp maneuver, turning away from an alien target, and thus collided with the ground. It was nonsensical, but the text was signed by members of the Politburo. I addressed President Vladimir Putin with a request to discard the information saying that Gagarin was not prepared, that both pilots were drunk, that they were hunting for elk - I asked him to remove all this nonsense. Open the package! And so they did.

"Yes, on March 27, 1968 when piloting in the restricted area of ​test flights, with Gagarin's admission to complex conditions, an unauthorized plane Su-15 found itself in the zone. The plane took off from the airfield in Zhukovsky. The pilot of the Su-15 violated the regime and descended to the height of 450 - I know that because I talked to witnesses. In the afterburning flight, the pilot went to his echelon and, at a distance of 10-15 meters, in the clouds, he turned Gagarin's plane into a tailspin. It was rather a deep spiral at the speed of 750 km/h. The plane made only one a half turns and collided with the ground while trying to pull out of the spin. I was given an opportunity to announce this on the condition that I will not mention the name of the pilot. He is now well over 80 and stays in a very serious condition. I promised to keep quiet.

"This is the only, not even the version, but the truth about Yuri's death. There is no mystery! It was a matter of ordinary sloppiness - violation of flight regimes. It really upsets me, though, that people like Kamanin knew the whole truth and tried to set me up. They made me look like a young fool, who was shoving in ore. The commission was investigating one way, and I was investigating another. I would like the Gagarin family to know that, but they do not want to know."