Ranch for Kids sold together with children?

Another scandal connected with Russian children is brewing in the United States. The conflict is centered on the Ranch for Kids orphanage. The orphanage was a home for the Russian children, who were abandoned by their American foster parents. The Ranch for Kids has recently been closed, and the children, who lived there, disappeared. Russia's Commissioner for Children's Rights, Pavel Astakhov, is investigating the incident. 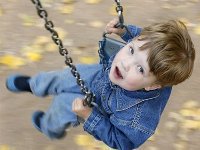 According to Astakhov, the owner of the ranch sold the estate following an official permission from local authorities. The local authorities know nothing about the fate of the children. The settlement of the dispute between U.S. authorities and the Ranch for Kids in Montana is scheduled for June 26. Apparently, one should wait for the results of the trial, although some aspects of the story are clear already.

The press service of Pavel Astakhov said that the owners of the ranch were supposed to have a special license. However, they decided to follow a different way to escape from prosecution as such. This way or another, the Russian Ombudsman for Children's Rights is concerned about the fate of the Russian kids, rather than the "economic" problems of the ranch owners.

The outcome of the trial is hard to predict. It is quite possible that the U.S. government will interfere in the process of selling the ranch. According to lawyers, the ranch owners are hiding the children somewhere.

"Unfortunately, the U.S. law is so diverse that it is difficult to understand its intricacies at times. Each state has its own system of laws. Sometimes, in different regions of the U.S., laws can be completely opposite. But it is already clear that the laws of the state of Montana provide special certification and licensing during the organization of a children's home. Moreover, local authorities are required to verify the state of affairs in children's homes twice a month, including medical care for children, their living conditions and the organization of their schooling.

"Apparently, none of the above-mentioned conditions were observed during the organization of the home for Russian children on the territory of the privately-owned Ranch for Kids. In this situation, the owners of the ranch, who look after the children, may expect a hefty fine under the laws of the State of Montana. As for local officials, who were required to monitor the state of affairs at the children's home, they may face administrative proceedings.

"The American justice does not take the side of truth all the time. As experience shows, the American justice protects the interests of U.S. citizens in the first place, even if they are clearly in conflict with the law. This sad tradition touches upon the missing Russian children as well. In this situation, the recently introduced veto on the adoption of Russian children by American foster parents seems quite reasonable," the expert told Pravda.Ru.

Meanwhile, there is another scandal gathering pace on the Internet. It goes about Russian orphans, who were abused by a couple from Texas. More than ten years ago, they adopted a brother and a sister from the Perm region of Russia.

A local therapist raised the alarm after local authorities sent her to the family. The inspection revealed that the boy in the foster family regularly suffered from malnutrition. The 12-year-old boy weighed only 30 kilos. The foster parents would regularly leave the boy without food as punishment, lock him in his room and give the boy a bucket for his natural needs. In the room, there was only a mattress on the floor. Sometimes, the parents would take even the mattress, and the boy had to sleep on the floor.

The therapist urged local authorities to immediately take the children from the Deckert family, but Texas officials did not listen. In the end, Alexey Klimov (aka Zachariah Deckert) ran away from home. The boy was found in another state; he was accommodated in a special institution. However, his sister, according to latest reports, is still in Texas, although in a different orphanage.

It is worthy of note that the Texan authorities accuse the American psychotherapist, who made the scandal public, of inciting the boy to escape.