How the USSR tried to combat manifestations of rotten capitalism

In the Soviet Union, every citizen had to build communism and make the "bright future" closer to the best of the ability. Those who declined to participate became enemies. They did not understand the importance of the changes taking place in the country and, therefore, did not wish the speedy dissemination of the new social system on the planet. On May 4, 1961 a law was adopted to combat evaders. 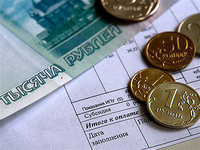 A decree "On strengthening the fight against individuals evading socially useful work and leading anti-social parasitic way of life" came into effect that day. In order to fall within the scope of Article 209 of the Criminal Code of the RSFSR, it was sufficient to be unemployed for more than 4 months of the year. The lack of appropriate employment records served as the basis for criminal liability. The only exceptions were women raising young children. In reality, almost all mothers worked alongside their husbands, leaving for work once their baby turned six months old. Such eagerness to work, of course, was not caused by purely ideological reasons, but simple lack of money. A family in the 1960s could not normally survive on one income.

The government had a shortage of workers. Construction of factories, homes, roads and communications was going at fast pace. Only creative intellectuals did not work in the traditional sense of the word. The campaign of forced employment was in the first place launched against them. Many were registered with fictitious titles, which left them plenty of time for their main activities. However, there were well-known trials of the poet Joseph Brodsky and publicist Andrei Amalric. Both were sentenced to exile in Siberia in the 1960s, and the process was highly publicized, including abroad.

The second (and rather large) group of unemployed workers was alcoholics. There are plenty of propaganda posters of that period that can be found today calling for the fight against alcoholism. "Alcohol is the pain of nature," "Alcohol is the enemy of reason", "No", "Daddy, don't drink" and many others. The media pushed the idea that in the countries of rotting capitalists (primarily the U.S.) people were crying from unemployment, while in Russia, a prosperous, young state, every worker was in demand.

Either because of the propaganda or banal desire to earn more, the criminal article has never been a practical necessity. Basically it was used for "public flogging" or intimidation, as well as to deal with private businessmen. Self-employment was strictly punished.

As time went on, the article kept losing its relevance. In the 1980 it existed only formally, and in April of 1991 the adopted Law "On Employment" legalized unemployment. Since then, temporarily unemployed individuals not only were not persecuted, but were also paid some symbolic subsidies.

It is simply unrealistic to survive on these benefits in Russia, and every sane person seeks to find a more or less paid work as quickly as possible. Russia loses in comparison with the European countries that provide their citizens with decent unemployment benefits and allow them survive a period of downtime with dignity, and in some cases even become "professionally unemployed." However, in late 2012 Russia re-invigorated the hunt for evaders. In the "best" tradition of the USSR, the Ministry of Labor suggested monitoring the number of applications to the employment agencies. This way it will try to weed out those willing to cash in on the benefits. The officials believe that the amount of 850 rubles ($28), the average amount of monthly payments, is appealing for dishonest Russians.

According to data for 2012, the unemployment rate of the economically active population in Russia was 5.9 percent and, according to some analysts, could fall in 2030 to 4.5 per cent.