The Mackinder factor: On the inconvenience of being Russia 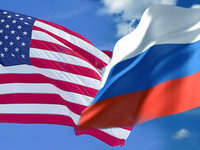 Well, nothing new under the sun: the fear of Russia in Europe was as we know mainly created by the British imperialists, and then 'refurbished' by the American generous and ubiquitous interventionists. As I already showed, British writer Hobson considered that the British Empire was often established on manipulation, false motives, humanitarian reasons, well, on propaganda, to speak a modern word. There was often no economical rationality in it; this is why the financiers and politicians who armed expeditions necessitated propagandists like Kipling. Think of the motivations of one of his most famous short stories, the man who would be a king: Two hundred and fifty thousand men, ready to cut in on Russia's right flank when she tries for India! Napoleon boasted once that from knowing the geography of a state he could deduce his foreign policies. This is why diplomacy has always been a cabalistic science in Russia, a so great country that it had always more than ten boundaries and an incomparable skill in these matters. Disraeli already greeted in his best conspiracy novel that mysterious Russian Diplomacy which so alarms Western Europe...

Western hostility and geopolitical fear of Russia is nothing new. It was embedded since two centuries on various factors: despotism, modern banking system (which the tsars banned), Orthodox faith and then of course communism. Another main factor has been of course the legendary and overvalued theory of Mackinder about the Heartland.

In 1904 this geographer who had written atlases and books for schoolboys, and had been a principal of college, writes a famous article: the geographical pivot of history. Mackinder seems obsessed with the waves of Mongols and tartars that indeed threatened, murdered and plundered more the Russians and Slavic people than the British and the Americans! And he insists, possessed by his idea, upon the following fact: the Russian pass way is fundamental; the Mongol empire is still there, under another name. Famous French historian Grousset wrote later in his balance of history that the red army was 'the new empire of the steppes, blinded and motorized! Unfortunately it is not only a metaphor.

I quote two passages of this famous text. In the first, Mackinder compares the deeds of the West and Russia. In Russia, he defines his intuition:

While the maritime powers of Western Europe have covered the ocean with their fleet, Russia has organized the Cossacks and policed the steppes by setting her own nomads to meet the Tartar nomads.

Is not the pivot of the world's politics that vast area of Euro-Asia which is inaccessible to ships, but is today covered with a network of railways?

The problem is that Mackinder's discovery has become the main ingredient of American interventionism and adventurism since then. We can read in the grand Chessboard of well-known Mr Brzezinski:

Genghis Khan and his successors, by defeating their regional rivals, established centralized control over the territory that latter-day scholars of geopolitics have identified as the global heartland, or the pivot for world power.

As if he was inspired by Tolkien (one ring to rule them all!), Mr Brzezinski adds with his familiar enthusiastic tone:

He (Mackinder) popularized his heartland concept by the famous dictum:

Who rules the Heartland commands the World-Island;

Who rules the World-Island commands the world.

This credo of course justifies the western behaviour toward Russia. And I maintain what I wrote earlier: Mackinder's concept may have been wrong or superficial: it just serves western fantasies and agenda. The Heartland means empty and cold areas, devoid of infrastructures and people; they may be rich in resources, but as are many areas in the world; finally there is a great deal of exaggeration in presenting them as the new nest of Genghis Khan, unless you need a giant enemy to fight with. But of course this presentation did not fall into deaf ears. Adds joyfully Mr Brzezinski:

Geopolitics was also invoked by some leading German political geographers to justify their country's "Drang nach Osten," notably with Karl Haushofer adapting Mackinder's concept to Germany's strategic needs. Its much-vulgarized echo could also be heard in Adolf Hitler's emphasis on the German people's need for "Lebensraum."

It is well known now that Mackinder and Karl Haushofer's doctrines of Macht und Raum (power and space) accompanied Hitler's insane policies ("any extension of territory must be done at the expense of Russia") and proficient armies that produced twenty-six millions dead in Slavic countries. The Mongols did come again but from the West. Nazis and fascist presented themselves as the defenders of western civilization against a barbaric and Mongolic bolshevist Asia. This bleak future did not prevent Prophet Mackinder from writing the following lines:

Russian pressure on Finland, on India, on Persia and on China, replaces the centrifugal raids of the steppe men.

This is comparing barely Russians to the hordes of Mongols! Right, Mr Mackinder except the fact that Russia was not the colonial occupier of India (unless we consider Gandhi a KGB agent), neither among the dominating powers that humiliated China in 1900. And who occupied Persia during WW2? And who now is trying to contain China?

In fact Mackinder initiates the process that defends the Anglo-Saxon right to subjugate the world in any place of the world. Being a democracy or a plutocracy or a messianic state or a maritime power is enough to enunciate or apply any diplomatic barbarity; read Hobson again and his insightful analysis of the British Empire. Mackinder followed the path of Mahan, the first theoretician of modern maritime powers, but went further opening the Russophobe agenda of the century. This is a kind of geopolitical paranoia that easily can be turned into a science: you just have to hire and finance scholars. And the surrounded Russian democracy becomes the menacing power that threats the peace of the... new world! When shall we write a Monroe doctrine for central Asia? Or even for Russia? For as stated Mr Brzezinski,

More inspired, Mr Brzezinski recalls that the loss of Ukraine was not only geopolitically pivotal but also geopolitically catalytic. This is what Hitler thought too or the German diplomats who signed the treaty of Brest-Litovsk in March 1918.

They understood that the western factor of the Heartland is of course the most important. Mackinder was wrong but not blind; he added finally that "if Germany were to ally herself with Russia, the empire of the world would be then in sight." This is why England preferred to suddenly ally herself with Russia in 1907, even if this decision precipitates the imprudent war of the Kaiser against Russia. It is clear that a friendly diplomacy between Germany and Russia inducing a new European union would solve our problems. It is clear too that a Russian-Chinese friendship is Washington's nightmare. And clear too that the Mackinder factor must be recalled at any moment to understand the most lunatic steps of western diplomacy against Russia. Let us remember its lemma worthy of the Lord of The Rings:

Who rules the Heartland commands the World-Island;

Who rules the World-Island commands the world.