Adopted children in American families sometimes become "guinea pigs" for pharmaceutical companies to test new drugs. Such children are prescribed five potent psychotropic medications at a time. This is beneficial both for the adoptive parents and health care professionals.

Russian diplomats found that the adoptive mother of Maxim Kuzmin who died in late January in the U.S. gave him a drug called Risperdal. It is a powerful anti-psychotic and anti-hallucination drug prescribed for acute manic attacks in patients with schizophrenia. Why a three-year-old boy not diagnosed with mental illness at the time of adoption would take such a strong drug? American TV journalists of KMID channel while preparing a story about the death of the Russian child talked to a child psychologist and found that Risperdal is also often prescribed for common disorders of psychological development and ASD.

Adepts of the so-called Attachment Therapy recommend wrapping children in a carpet, and then sitting on them. Children are also kept under a cold shower for a long time, locked in a toilet and left without food for several days. Many "advanced" parents on the advice of psychologists come up with even more sophisticated methods, making, for example, children dig their own graves. All these savage practices are implemented by proponents of the attachment therapy as the best way to get children to be obedient and break their will. 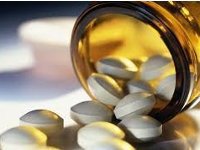 Also read: Sadistic methods of raising children all the rage in USA

Sometimes this is not enough. For example, when the goal is to get the desired result, absolute submission, as quickly as possible, powerful psychotropic drugs can help. Last year, the U.S. General Accountability Office issued a report stating that adopted children are given strong psychotropic drugs in doses exceeding those recommended by the Department of Food and Drug Administration.

Commenting on the report, Medical News Today cited data of the charity organization Maryhurst that helps children who fell victims of violence and cruelty. Three quarters of the children who are going through the program of the fund are taking psychotropic drugs. However, most did not have any medical evidence for this. The most shocking information, according to the publication, was revealed as a result of the inspection conducted in six states, including Texas.

The findings are discouraging. Adopted children were given five or more powerful psychotropic drugs at a time in doses higher than the maximum recommended by the Health Department. Finally, children as young as one year old were subject to this therapy. As noted by GAO experts, this can have very serious negative effects. No one seems to care because these methods of "educating" bring money.

One of the authors of Squidoo website calls the abuse of psychotropic drugs "national shame of America." Giving high doses of potent drugs to kids is beneficial for both doctors and the adoptive parents. All the money spent on the "treatment" is compensated by the Federal Social Fund. That is, psychiatrists are interested in giving out prescriptions. To encourage families to buy drugs in large doses, psychiatrists tell that adopted children have developmental issues.

Squidoo author wrote that while children were in their own families they were considered normal. Once they were in foster care, their "special needs" were immediately discovered. It has to do with money as special needs are better compensated. In families raising several children with disabilities, including those with psychiatric diagnoses, the amount of social grants may reach 10,000 dollars a month. Another interested player is the pharmaceutical industry.

Squidoo posted a video where a young girl talks about taking pills that have not been approved by FDA while living in foster care. It is no accident the author's article is called The Tragic Drugging of Foster Children - Are They Being Used as Medical Guinea Pigs?

Foster children are not the only ones who suffer from excessive amounts of psychotropic drugs. American parents stuff their own children with drugs. A joint study was conducted by scientists from the U.S., Germany and the Netherlands, and an article on this subject was published in Medical News Today. It was found that American children are three times more likely to receive psychotropic drugs than children in Europe.

The study authors attributed the love of American parents to antidepressants and strong sedatives by consumer advertising and social system of compensatory payments. The society encourages its citizens to resort to psychotropic drugs.