Anorexia is a disease that puzzles doctors. It denies the known axiom that no rational being will let itself die when food is available. Anorexia nervosa may be caused by a whole bunch of factors, from low self-esteem to neurophysiological disorders. German researchers found brain dysfunctions in anorexic patients. 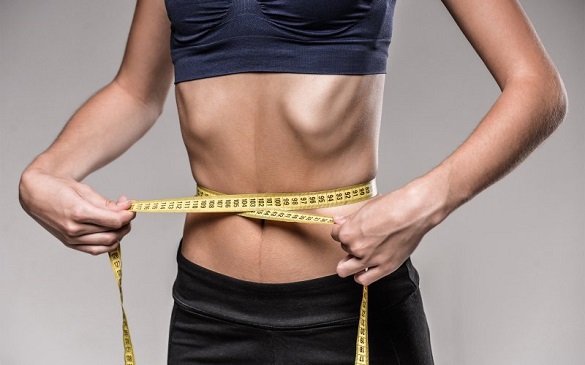 The assertion that no reasonable creature will allow itself to die of hunger when food is available is not true for humans. Representatives of the most intelligent species of mammals, precisely because of complexity of their psyche, have been able to die from starvation next to a fridge.

The widespread belief that anorexia is a disease of modern times also proved to be inaccurate. Rejection of food for the sake of elegant shape brought to a cult was first described by the famous physician Richard Morton in the late 17th century. "... At the age of 18, in July, she became overwhelmed by a set of concerns and passions," wrote Morton about his patient.

"... Her appetite began to decline, she had issues with digestion, her flesh was weak and loose, and she looked pale," he added. The girl suffered from anorexia for about two years, and only frequent fainting made her consult Dr. Morton. The doctor said she looked like a "skeleton covered with skin."

Anorexia is generally understood as a loss of appetite when the organism objectively requires food. In a narrow sense, "anorexia" usually means anorexia nervosa, a voluntary refusal of food in order to lose weight (in other cases, anorexia can be caused by certain medications, a strong traumatic stress and other factors). The eighteen-year-old patient of Morton, considering the mention of "concerns and passions," fell victim to anorexia nervosa.

Adolescent girls and young women are in the group that is most at risk in relation to anorexia nervosa. In this age the body image is often distorted (this is explained by both psychological and physiological reasons - self-esteem in adolescents is usually understated, and because of rapid growth consciousness simply has no time to understand the changes occurring to the body). Of course, the fashion for thinness that is now firmly established on catwalks and pages of glossy magazines also increases prevalence of the disease. Mortality in anorexia nervosa is high, and according to various sources, amounts to 10 to 15 percent.

Difficulty in treating anorexia is caused by the fact that its roots lie both in psychological issues and "failures" of the body - genetic defects and disruption of the CNS. The psychological component of anorexia is very strong. Low self-esteem and personal failures that, according to social stereotypes, women attribute to their appearance, as well as lack of understanding in the family, often cause anorexia.

With regard to hereditary causes, so far doctors could only find a correlation between anorexia and impaired serotonin metabolism. Most people suffering from anorexia are prone to depression, and refusal of food in an attempt to improve is a natural consequence of depression or affective and anxiety disorders.

Doctors also note an increased risk of anorexia in people from families that already had cases of anorexia. However, it is unclear whether this is a genetic factor or a psychological one. The parents or other relatives who are too preoccupied with their own weight may convey their perception to children.

Doctors and neurologists, in turn, seek abnormalities in the structure and operation of the central nervous system "responsible" for anorexia. German scientists recently published data on the study of the brain in women with anorexia. It turned out that their central nervous system literally gives them information of a wrong body image. However, women with a healthy appetite, as it turned out, could not boast adequate self-esteem either.

Scientists at the Ruhr University in Bochum (Germany) conducted an experiment that involved ten women with anorexia and 15 healthy women. They were all about the same age. The subjects were shown drawings of female figures with different aspect ratios. The ladies had to compare the offered silhouettes with their own figure and show which of them looked the most like their own shape.

The most interesting thing was the MRI readings. MRI of women with anorexia nervosa was different in terms of brain activity than those of healthy women. The most significant difference was observed in the function of fusiform and extrastriate body area. Both areas are actively involved in the perception of the person's own body. They must work in concert, if one region is active, then its "counterpart" must be active in the same degree. In anorexia patients, a noticeable lack of synchronization of these two areas was observed. It turns out that the patients really do not see themselves as other people see them. It is not a whim or a psychological ploy, but a real disorder of perception. However, it is not clear whether this defect is a cause or consequence of anorexia.

Earlier researchers mentioned extrastriate body area in connection to anorexia. Then it was discovered that insufficient density of neurons in this area affects eating disorders. Now it turns out that it has to do not only with anatomical, but also impaired functions. The extrastriate body area does not get enough impulses from the fusiform body, and therefore a person perceives herself thicker than she is. Perhaps if scientists could find a way to affect these areas of the brain, the doctors together with psychologists could be able to restore the patients' healthy relationship with food and body.