Worldwide, 30% of domestic workers have no legal protection

GENEVA / SWITZERLAND - The Study on Domestic Work in the World, published by the International Labour Organisation (ILO), shows that 15.7 million people - almost 30% of the 52.6 million domestic workers- are completely excluded from any kind of coverage by employment legislation. 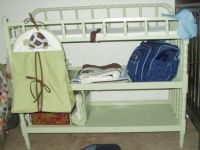 According to the study, conducted in 117 countries, only 5.2 million (10%) of domestic workers currently have access to legal protection equal to that of others. Among people who have no legal protection, are not included those under 15 years of age, totaling approximately 7.4 million. If they were counted, there would be over 23 million people without labor protection.

The ILO has also identified that most women remain in this type of work, reaching 80% of the quota for domestic workers, is considered the world average. Compared to other types of work, household chores occupy 3.5% of women worldwide. In regions such as Latin America and the Caribbean, the index becomes higher: one in six women is domestic (16%). In the Middle East, the ratio is one in five (20%).

According to the organization, the improvement in the conditions of domestic work is important because it expands the consequences on the balance of relations between men and women in society, with an impact on the living conditions of families in general. The organization took into account three key points to assess the situation of domestic workers from labor conditions: hours worked, wages and the right to maternity leave.

The weaknesses are, for the ILO, because of gaps in the labor laws of the countries. In Brazil, for example, a proposed amendment to the Constitution (PEC) is pending in Congress, an amendment which aims to extend the rights granted to 16 domestic urban and rural workers hired by the Consolidation of Labor Laws (CLT).

In the case of hours worked, the study shows that domestic workers have excessive journeys and about 45% are not guaranteed weekly rest, for example.

With regard to wages, domestic workers receive compensation considered low due to the devaluation of cultural activities and weak negotiating with employers.

Approximately 42.5% of employees (22.4 million people) do not receive a value equivalent to the minimum wage (in Brazil, U.S. $ 678). The ILO recommends that governments implement minimum wage policies in order to protect workers from exploitation and unduly low wages.

In the study, the ILO defines domestic workers as a group of persons performing activities heterogeneous (as janitors, elderly caregivers, nannies, drivers, gardeners, drivers, etc.), without an exhaustive list of these activities, ranging from one country to another and this may change with time.