Who needs a new wave of Islamophobia?

Recently the Western media published articles describing terrible behavior of Muslims. Among examples they cited cases such as organization of "Sharia patrols" in London, and installation of a Muslim tree in Brussels. The sad thing is that the Russian media picked up the wave of Islamophobia, making up news or supplementing it with their own speculations. 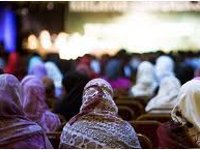 This is done in a creative way. Of course, this is a hot and well-read topic in Russia, but the irresponsible attitude towards it leads to incitement of religious hatred in Russia. For example, the ITAR-TASS news agency, referring to the Sunday Times, on January 21stpublished an article under the title "Sharia patrols emerged in London." "In Russia, according to the links on Yandex search engine, it was reprinted over 300 times." Dressed in black hoodies closing their faces, radical Islamic youth representatives stepped out to "patrol" predominantly remote areas of London at night. Acting as a group, they, in their own words, "defend the Muslim territory from misconduct" by other Londoners," wrote the reputable news agency.

However, while reading the source it appears that further arguments of the author that "according to Scotland Yard, these groups may have a close connection with the organization Islam4UK , whose activity has previously been recognized as extremist" are absent from theSunday Times article. They were found in the material of the Daily Mail published over a year ago, but even that article had no mention of "information of Scotland Yard," which is a mere speculation of a blogger on the subject.

The source of information is the online portal The Commentator. The "About Us" section of the portal states that it was created by a journalist and an author Robin Shepherd and Rahim Kassam in late 2010." The target markets are the United Kingdom and the United States. Let's set the "speculation" about the Zionist bias of the authors aside. They apologize in advance for not being able to respond to all inquiries by email. Could such a source be considered credible?

If we look closely at the video posted on the site and allegedly filmed by "vigilantes" in disguise, we would hear them call on men to stop drinking beer, and the women - to cover their "bare flesh", citing the fact that they are in "Muslim area." The women are verbally abused, called "naked animals without self-respect." The author of the video also commented on a traffic accident in which a cyclist suffered as "evil from the impure."

Many bloggers and social organizations expressed their doubts about the authenticity of the video. Daily Mail reported that Scotland Yard opened an investigation on the facts.

It was established that the video was filmed in Waltham Forest. "We live in the UK, and we are regulated by the laws of England. If there are people who behave this way, it is a disturbing, but an isolated incident," commented Mohammed Shafiq, executive director of the "Fund of Ramadan." Yet, in the article of the Russian agency the "Islamic Patrol" was presented as a pandemic.

However, it really is about wishful thinking. First, it is evident from the reactions of perplexed passers-by, and second, the site Islamophobia-watch reported that Scotland Yard arrested two men who allegedly shot the video on suspicion of disorderly conduct.

The Russian media not only reprinted this dubious western news, but also came up with their own. For example, one respectable Russian media outlet published a "sensation" reprinted by many other media outlets that "in Muslim countries such as Iran and Saudi Arabia, books on "Islamic etiquette" are being published one after another." These books, among other things, allegedly describe when men should be beating their wives, the author wrote, referring to Esquire. A diligent search on Esquire website for a reference to the source has yielded no results. In addition, Google does not provide a single link to Western news on the subject. If Saudi Arabia as a Wahhabi state can be recognized as a publisher, stating this about Iran is an unjustified allegation. Such books were published in an Iranian book agency Afghanistan, nothing more.

But this news (not entirely ungrounded) was quite popular and received over 222 "Likes" in Russian social network VKontakte. The comments read: "At this pace, within a generation the entire Europe will live under Sharia law," or, "Russia is already living under this law: North Caucasus, Stavropol, Krasnodar region is on the way. Wake up. Europe will survive, Russia won't." "If Russia is silent on the subject, it is because it does not want to rock the boat and undermines stability; Europe still has some freedom of speech left."

And the last example of Russian creation is a story with a Muslim tree in Brussels, recognized in the West as a fake and seriously evaluated in Russia as an example of the enslavement of Europe by Muslims.

And here we have to ask the question: who needs a new wave of Islamophobia? In the West, it is clear that the organizers of a new small victorious war in Mali against Islamic extremists would benefit from it. They, represented by the Salafis, were created by the West after the collapse of the old enemy - the Soviet Union. But after September 11, 2001 the situation got out of control, and now any extremist calls himself a representative of Al-Qaeda to have weight. The myth of it lives and feeds the military industrial complex of the U.S. What about Russia? Islamophobia is caused by cheap populism, which can be costly for the country.