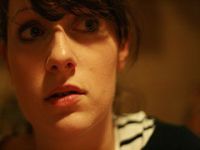 Karoshi is the Japanese word that means death by fatigue that affects those who work beyond their natural limits. The death usually occurs with a heart attack due to the stress and work effort: the heart cannot bear the fatigue and stops.  And if anyone thinks it's a tragic but picturesque thing, typical of the far-flung islands of Japan and maybe of some distorted oriental mentality ... well ... they're wrong.

In the civilized Europe of proxy wars and humanitarian interventions made at the sound of bombs, there is a nation that can proudly boast its first and official death by fatigue: Italy.

As a cradle of poets, artists, explorers, where for centuries Art and Philosophy are incarnated taking a live shape, Italy is now paying its official tribute to the god of money, the golden calf of the last divinity survivor among those worshiped by humanity.

The place of payment is Rome, Termini Metro Station. The time for payment is Sunday, November 18, 2012, early in the morning, too early, absurdly too early to pay any duty, let alone this. A woman is sitting on a bench waiting for the train that takes her to work along the fifty kilometers that she has to do twice a day because the family, an unemployed husband and young children, can barely survive.

Now, it's a lot that she makes that life, but sometimes the woman feels different, she is not well and she is increasingly tired.

But she cannot go to the doctor because she has to get up at 4 in the morning, every morning, and get the damn 50 kilometers to go to the coffee shop where she works from 7 am to 7 pm.

And so, on that Sunday morning in November, the heart of Isabella Viola decides that nay, you cannot go on like this, this is not life, not a life like that and she cannot take it anymore. That heart so generous so far, surrenders to everything and stops at just 34 years of age.

Isabella died as they say she lived: without disturbing, without noise, without asking. She remained slumped on her bench like a fallen flower. Or in this case, it would be better to say as a bulb. What a cruel expression! But does it give a good idea of someone worn down to die?

Her funeral was paid for by a collection made ​​by customers in the coffee shop where she worked.

And there were also big words and big promises from the mayor of Rome.

Well, we are not able to tell if they are followed by the facts, as we are unable to say whether Isabella was high or low, lean or fat, smart or stupid.

Surely, she must have said that a woman does not wear her most beautiful jewels, but she generates (or him or her) so we can believe that she, the daughter of simple Rome, had high feelings, expressing them judiciously.

What we can say for sure, because we have enough evidence, (oh!).  What we have is that the wealth of the few is built with the suffering of many, and that in Italy, the rich are getting richer and the poor are getting poorer.

We can say with equal certainty that this has a precise beginning: Italy approved a radical and tremendous labor reform in 1999 thanks to Massimo D'Antona in the first instance, and then again in 2003, with Marco Biagi.

The result has been a proliferation of uncontrolled employment contracts of all kinds, but always and only with a deadline: in the eyes of Mr. Master, but... I apologize for the Entrepreneur whose work is worth less than the tools it employs.

They work with a deadline, the contract is subject to continuous blackmailing on a contract renewal that almost never seems to end, and often happens more than once. It's a slice of ham waved before the eyes, to deceive and ensnare. Those who have a contract that does not expire are willing to do anything to keep it, fearing rightly of falling into poverty.

The Italian economic crisis is assuming more and more cruel aspects that are caused not only by D'Antona and Biagi reforms, but the international economy as well.

And, incidentally, it is fair to remember that D'Antona and Biagi were councilors of leftist governments, whose leading figures in many cases were members of the dissolved Italian Communist Party: the worst laws for workers were enacted only and ever by leftist governments.

If the right-wing governments were to look, there was already useful idiots that have been legislating unconsciously in their place.

The Karoshi here is not simply death by fatigue, because humanity has never died from hard work, but by misery and starvation.

In a country like Italy, the Karoshi is death by fatigue elevated in a systemic indifference for human life. Italy, as an industrialized nation, should have all the cultural, technical, scientific and legal tools to prevent similar deaths. Yet our cultural intelligentsia believes that everything must be sacrificed to the Market and Money.

Isabella Viola was a heroic warrior who fought for a long time not to lose herself and her family.  Her fall is an expression of a general failure, not a personal failure. Her death is the symbol of Italy that fails: as a State, as a Nation, as a government, as an extended family, as a whole.

Because, despite the evidence of a worsening economic situation, the Rulers believe that we should insist on laissez-faire capitalism and have said that there are still too many laws and restrictions on finance and labour.

But if socialism is not the answer to material poverty, how it can be an economic religion with money as the only God?

The reality is that liberalism will kill you, sometimes early in the morning, on a bench in the subway.