Life after Olympic medals: The end or the beginning?

There are many sad stories about former sports champions, senior military officials who left their high ranking jobs, even ministers who descended to the very bottom. What does it take not to slip moving from the Olympic podium? What to do when you are no longer regarded as a high ranking official or celebrity? It turns out there are plenty of successful ways to make it. 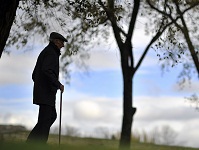 The former "people at large" who turned into ordinary mortals for one reason or another often feel lost when the praises to them are all sung, champagne is drunk, and banquet caviar is consumed. There comes sobering and to some extent even hunger, if not physical, then moral one. What do these people, mostly worthy and deserving, do in normal life after leaving their profession that fed them and gave them high social status?

There is no simple answer to this difficult question. Although, everything can be reduced to one piece of advice: do not give up, and look at the "misadventures" with irony. Correspondents of Pravda.Ru talked to several representatives of professions with celebrity status - former athletes and former captains in uniform who found strength to rise on their personal Olympus again in "another life. "

Their comments and suggestions will be much more appropriate and wise than instructions of theorists.

Here is what a three-time Olympic champion, a member of the Presidential Council for Physical Culture and Sports Olga Brusnikina told Pravda.Ru:

A few years ago, after the sports career of the queen of synchronized swimming Olga Brusnikina was over, her only fans were children splashing in the pool who she taught swimming. She had to start from scratch. Today, athletes have the opportunity to get retrained. Courses on the basics of management were organized for them in the Russian International Olympic University. All training costs are paid by the Olympians Foundation. So far 22 athletes from different cities completed the course. The organizers hope that Russian athletes are a unique talent pool that is particularly needed before the international competitions in Russia.

The aforementioned Fund is ready to help any and all sports stars. Two-time Olympic champion Yelena Azarova shared her thoughts with Pravda.Ru:

"After trying this program, I can say that it will be necessary for young adults who end their careers. This adaptation at the end of the sports career is very difficult. This is a big problem in our country. We lose our outstanding athletes and know nothing about them.

A winner of the Vancouver Olympics Maxim Shabalin also received a Certificate of Completion of training. He said that for him the landing from the pedestal was more or less soft because figure skating today enjoyed great popularity and there are more than enough offers. But, thinking one step ahead, the skater took the opportunity to learn.
That's what Maxim told Pravda.Ru :

"I understand when a performance ends. In any case, my life will be associated with sports. I decided for myself that it will be sports and culture. I will develop in this area, and I have not yet determined in what capacity. I am open to suggestions and opportunities that life presents.

Former athletes from the regions can be also trained under this program. Organizers are already thinking about expanding the program in terms of tracks and training length.

Psychologists say that high-ranking military who once had hundreds of people in command and were released into the reserve experience the same difficulties as former athletes. In the wild 1990s it was scary to be left without a job, and therefore, money and aid. There were tens of thousands of brilliant officers who became alcoholics when they were put in reserve without housing, and sometimes without a pension.

But by the beginning of 2000s the situation in the country has changed, and a number of government retraining programs were opened. Military retirees are not left unsupported these days. Unless, of course, they give up.

Alexander Shirshikov, a captain of the 2nd rank in reserve who served at the Central Naval Testing Ground in Russia for a long time told Pravda.Ru:

"You cannot lose heart after the service is over. Of course, one way out is to live on a very good military retirement and do nothing. But the majority of the reserve officers are people of working age, they still have a lot of energy and desire to be needed by their family and their people. I think that the most important thing for an officer is to be always in the ranks. And even if these ranks are, so to speak, virtual, that is fine. "

After retiring from the military, Alexander Shirshikov completed a training program for reserve officers and graduated from a law school, taught in a college, and worked in a local newspaper. He now works in the press service of the city council of the city of Severodvinsk. In addition, he runs a local literary association "Gandvik" and actively participates in bard club "Microphone." Military-patriotic work with the younger generation is his passion and part of his life.

However, specialized training programs are not the only way for a former military to learn a new profession. Valentine Kurkov, captain of the 2nd rank of the Northern Fleet in reserve, former executive officer of military nuclear submarine and now a brigadier of turners at the shipbuilding company Sevmash shared his thoughts with Pravda.ru on how one can build a stellar present and future after the starry past:

"I feel completely happy, I love my job. I think I found my rightful place in life because my wife did not let me "relax", and I tried to pull myself together as well. As for the job, I believe that it is not the place that makes the man, but vice versa. I am proud of what I am doing now. Do not give up!"

His service evolved well, he was the best in the division, the First Lieutenant, and was expected to become a commander or even an admiral. But one day during a medical examination he was diagnosed with a chronic disease not compatible with military service.

For the first year of retirement he drank outrageously. Then his wife helped him to pull himself together. He got a job at a factory, where he was known as an experienced sailor, a good specialist diver. But in the mid-1990s there was no work, workers and engineers were sometimes paid with bread and cod fish caught by factory teams. He asked the HR to make him at least a guard. He was placed with great difficulty at the manufacturing shop floor. Unexpectedly, almost by accident, he learned the profession of a turner, and five years later became a team leader. He has no regrets and has a stellar future ahead of him.

Sergei T. Danyluk, a retired Admiral, former commander of a unit of the coastal Pacific Fleet, now living and working in Ukraine, told the following story to Pravda.ru:

"After I retired, my family was telling me that there was nothing for me ot learn because I've learned all science in practice. In addition, retraining courses have "students" who are 40-45 years old, and I was 55. But I graduated nonetheless, became a teacher, and taught life safety at a Moscow school.

I moved to my native Ukraine, to my roots, two years ago with my wife, but even here I work at school, albeit a rural one. The villagers know that I used to be an admiral and respect me for it. So, my fellow young officers: do not listen to your relatives, friends, listen to your heart. My heart led me to work in a new field, and I'm happy."

This topic can be continued indefinitely. There are persons with disabilities who have achieved a great deal in life because they believed in their own success. There are once formidable former Soviet ministers who now work as principles of regular schools. There was a Secretary of the Party Committee of Soviet times who found himself in agriculture, became the leader of a small farm and personally drove a tractor.

There are more positive examples of people who had stellar past and who are happy in their work and in their personal lives than negative ones, although they do exist. Let's learn from positive stories, and then life in Russia will be better.