Three young women fight for one dead man, whom they stabbed

In the Orenburg region, investigators found themselves in a very difficult situation. A man was murdered, there is a suspect, but suddenly two women appeared, who confessed to the crime. The three women stand firm on what they say, but each of them claims that they committed the crime alone. 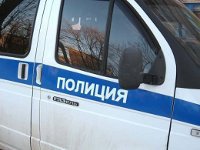 The press service of the Investigation Department of the Orenburg region told Pravda.Ru that the local law enforcement authorities learned of the crime on October 7. A 48-year-old man was found dead in a dorm room on Sovetskaya Street in the town of Guy. The man was stabbed in the chest.

The alleged perpetrator was soon arrested. She was a 23-year-old friend of the victim. The woman, without any denial, stated that she had stabbed the man during an argument. The young woman could not remember the cause of fight.

The murder case was opened. However, two other women, aged 23 and 25, came to police and said that they also stabbed the man in the chest during a quarrel.

Each of them still tries to convince the detectives that it was she, and not anyone else, who committed the murder. The detectives have only one version for the time being: the three girls are friends with each other. When one of them was caught, the two others decided to "help" her by confusing the investigation.

The two friends had already been warned about the criminal responsibility for perjury, but they continue to plead guilty of murder. The investigation of the criminal case continues, investigators are trying to sort out the tangled criminal case. The girls refuse to acknowledge that they committed the murder altogether. They deny group murder, but perhaps they realize that a group murder, especially by prior agreement, can give them a much longer sentence.

"The case is certainly not a simple one, but you'll see - it will be resolved when two women refuse from their testimony. It is also possible that we are dealing with a group murder here. If the girls slander themselves, then they may face a very serious punishment. But there is a nuance here. A witness, a victim, an expert or an interpreter shall be exempt from criminal responsibility if they voluntarily, during the inquiry, preliminary investigation or trial, prior to the verdict of the court, declared their testimony, conclusions or knowingly wrong translation false.

"By the way, accused and suspected individuals are not held accountable for perjury. The testimony of the witness (victim) will be found false if it contains fictitious information, or if real facts are distorted or concealed (silenced). If the witness (victim) refuses to speak, he or she can be held accountable for refusing to testify. One may confess to false testimony during investigation and avoid punishment.

"I would like to recall a story from my own experience when a woman incriminated herself and spent many years in prison for that. A 47-year-old woman came to police and stated that she had killed her husband. She said that she stabbed him in the street near their apartment building. One of the witnesses was a policeman, who was familiar with the situation in that family. He said that they had constant squabbles, the father was an alcoholic, the son was a drug addict, and the son threatened to kill his father almost every day. It was clear that the mother was trying to protect her son. But the police did not have enough evidence to prove the opposite.

"The woman was sentenced to several years in prison. A few weeks before release, she was called to the administration of the colony, where she was serving her sentence. It turned out that another man, a repeated offender, was found, who said that he had killed the woman's husband when he wanted the man to return several thousands rubles of debt. Imagine how shocked the woman was. The only joy for her after her release was the news that her son managed to say goodbye to drugs in a rehab. I think that those three girls from Orenburg should listen to this story."